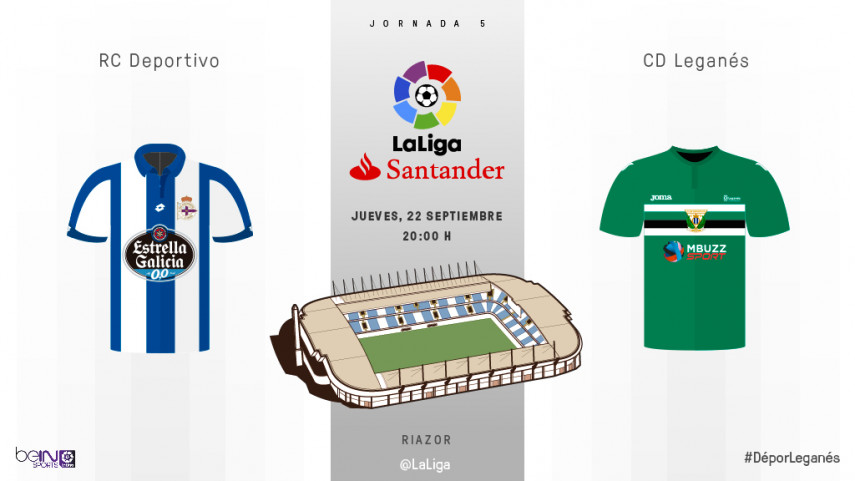 Gaizka Garitano's Deportivo host Asier Garitano's Leganes at Riazor with both sides raring for a first win since Matchday 1.

- The Galicians are gunning to rediscover their form from the opening matchday and record their first victory since then, and they would dearly love to do just that in front of their fans.

- Depor's only two goals so far this season have come from set-pieces, so Gaizka Garitano may well be looking to dead balls to get his side back to winning ways.

- After being routed 5-1 at home to FC Barcelona last matchday, the LaLiga Santander new boys are out to bounce back and claim three points, something they have not done since beating RC Celta in their curtain-raiser.

- The Madrid club's coach, Asier Garitano, believes his side have to kick on if they are to survive in the top flight, despite their commendable spirit and eagerness to impress. "We've got to gradually improve because we're up against some great teams," he said in the build-up to this fixture.