Zinedine Zidane's side secured a hard-fought 4-2 extra time win over Kashima Antlers thanks to a Cristiano Ronaldo hat-trick.

A Cristiano Ronaldo hat-trick lifted Real Madrid to a 4-2 extra time win over Kashima Antlers in the Club World Cup final in front of almost 70,000 fans in Yokohama on Sunday.

Karim Benzema opened the scoring after just 9 minutes, tapping in from close range after Hitoshi Sogohata could only parry Luka Modric’s shot from the edge of the box. Having taken the lead, Madrid settled into a steady rhythm but Kashima pushed forward as the half went on and equalised on the stroke of half time when Gaku Shibasaki beat Keylor with a low half-volley.

Level at the break, it was Kashima who came out stronger in the second half. The Japanese side took the lead on 52 minutes when Shibasaki found the bottom corner with a low drive from outside the box, but were pegged back just seven minutes later when Cristiano Ronaldo fired home from the penalty spot after Lucas Vazquez had been brought down by Shuto Yamamoto. 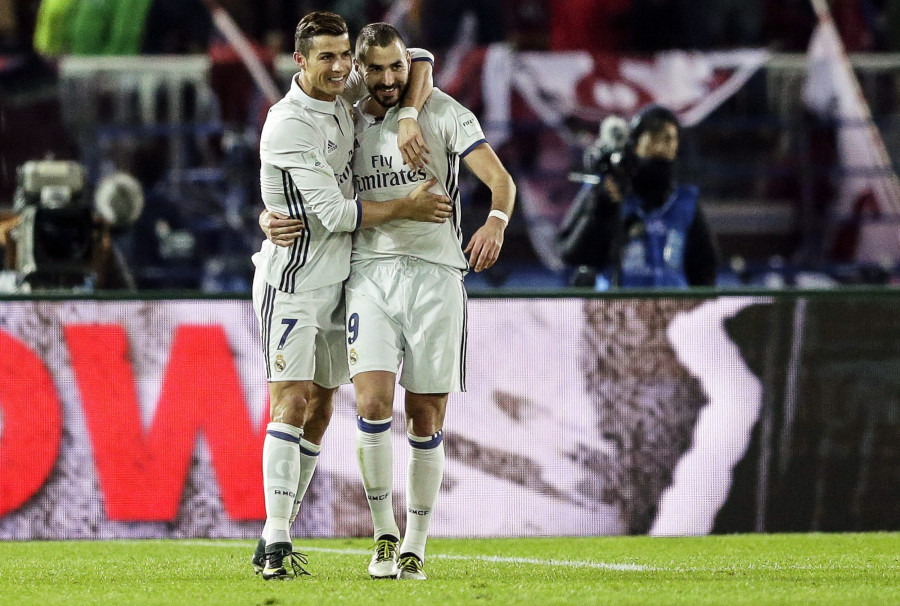 With both sides unable to find a breakthrough before the end of 90 minutes, the Club World Cup final went to extra time for the first time in its history. In the end, two goals from Cristiano – the first a neat finish after being played in by Benzema on 97 minutes, the second a well-taken shot into the roof of the net seven minutes later – settled it. Cristiano became the first player to score a hat-trick in the final of the Club World Cup and Real Madrid reclaimed the title they last won back in 2014.