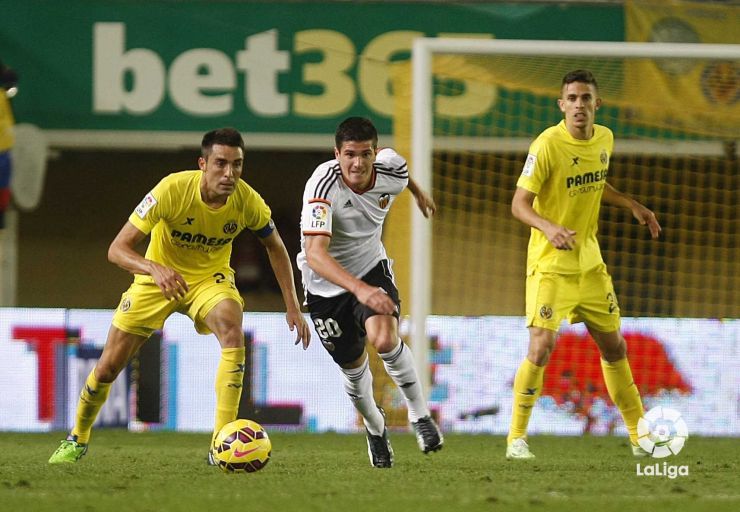 The Valencian centre back scored a brace in the Chés’ derby win against Villarreal.

It was another victory for Valencia CF who, on matchday 10 of the Liga BBVA, defeated Villarreal CF 1-3 to win at El Madrigal for the first time in seven years. The victory keeps Nuno Espírito Santo's men in second place in the table, hot on the heels of the leaders, while the Yellows are left needing a win.

The Chés were compact and well organised on the field in the early stages, working hard for the first 45 minutes for their good result. Though Marcelino García Toral, true to form, tried to build passages of play that would take them to Diego Alves' goal, a Sofiane Feghouli cross from the right spoiled their afternoon. Manu Trigueros, with a mis-kicked clearance, sent the ball into the back of his own net, gifting Valencia their first goal.

In the second half, Villarreal controlled possession and took the reins. The Yellows had Nuno's side on the rack and goalkeeper Alves was one of the men of the match. The other was Shkodran Mustafi who, for the second week running, scored again and earned Valencia the three points. But this time he did it with a brace and in just nine minutes. Trigueros then made amends for his error and in the 88th minute scored the consolation goal for Villarreal.