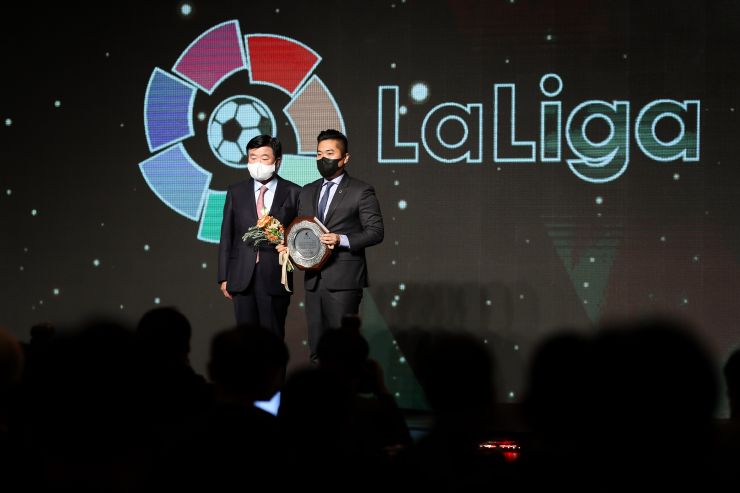 The Spanish championship received the award for the organization that most contributed to the development of the South Korean league (K League) in 2021.

LaLiga has received, in the hands of its delegate in South Korea, Sangwon Seo, the award for the organization that has contributed the most to the development of the K League, the South Korean league, in the year 2021.

“For LaLiga it is an honor to receive this award. One of our main goals, within our international strategy, is to help local leagues and clubs to grow and advance in their projects, which is why we consider this award as a recognition of that work that, in addition, encourages us to continue improving each day”, Sangwon Seo, LaLiga delegate in South Korea, stated.

In a ceremony held in Seoul, LaLiga received the award from Kwon Oh-Gap, K League’s president, who valued the contribution of the Spanish championship to the development of the South Korean league. Speaking about the award, a spokesperson of the K League said: “we would like to express our sincere thanks and appreciation to LaLiga. LaLiga has and is contributing to the development of our youth education programme and sharing their knowledge on the economic control system based on practical experience. Now we expect to build a deeper relationship and further the development of both leagues”.

Both competitions signed an MOU in December 2020 with the aim of working together in areas such as the training of coaches, the creation of an economic control system, the fight against piracy or training in areas such as eSports or the football industry.