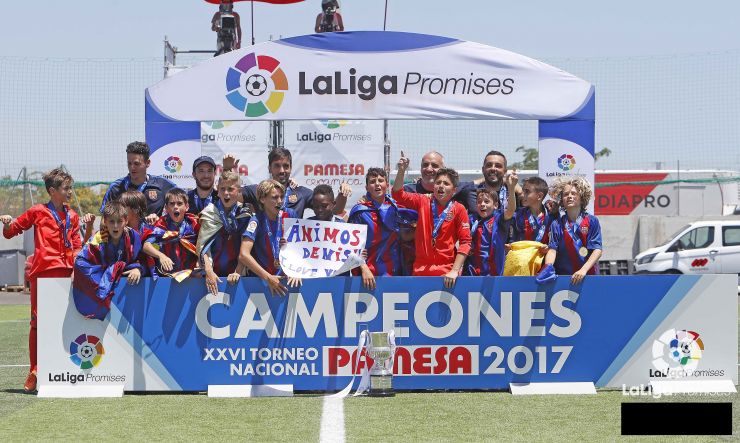 The Catalans beat Villarreal 3-1 in the final with Gerard Hernandez scoring a brace including a stunning decider at the end from inside his own half.

Barcelona secured the LaLiga Promises title after a pulsating game against the hosts Villarreal. It was evenly-balanced in the first half until Barça captain Gerard Hernandez broke the deadlock with a powerful header from a freekick

Barça, who had beaten Atletico 2-1 in the semis, dominated the second period and doubled their advantage with a fine run and shot from Iker Bravo. Villarreal, who had triumphed in a penalty shootout against Real Madrid in the semis, struck back almost immediately through top scorer Enrique, but home joy was short-lived.

Saving the best for last...Gerard scores the goal of the tournament at the end of the final!@FCBmasia champions of #LaLigaPromises! pic.twitter.com/bJlSL1n4MX

Any thoughts of a late fight back were ended when Gerard, straight from the restart, spotted the keeper off his line and scored from inside his own half – probably the goal of the tournament!