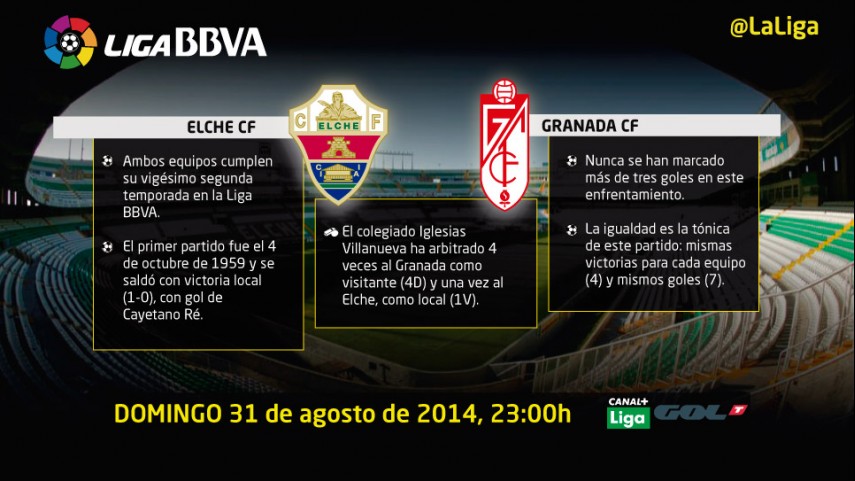 The Alicante-based side will be looking to rack up their first points of the season in front of their fans against the Andalusians who could not have gotten off to a better start.

Elche CF will be attempting to put the defeat they suffered in the Camp Nou in the first game of the season behind them and will fight for all three points against Granada CF, who came back from behind to win their opening match of the season – the only team to do so. The second game of the league campaign will be hugely important for both sides.

Team NewsFran Escribá, the manager of the Alicante club, and Lucas Alcaraz, who is in charge of the Andalusians, will have their best starting XIs available for the match, with neither squad hampered by injuries or suspensions. The only doubt ahead of the encounter is Elche’s Jonathas de Jesus.

Morale before the gameEscribá is well aware of how much of a demanding task it is to play against a motivated team like Granada and stated in his pre-match press conference: "They are a team and have the Caparrós touch to them. They will make life hard for us". With that in mind, the manager reached out to the home fans: "The fans will see that we give it our all on the pitch". Midfielder Manuel Iturra also spoke about the players’ feelings ahead of the trip to the Martínez Valero: "We will go there and try to win, as we do in every ground".