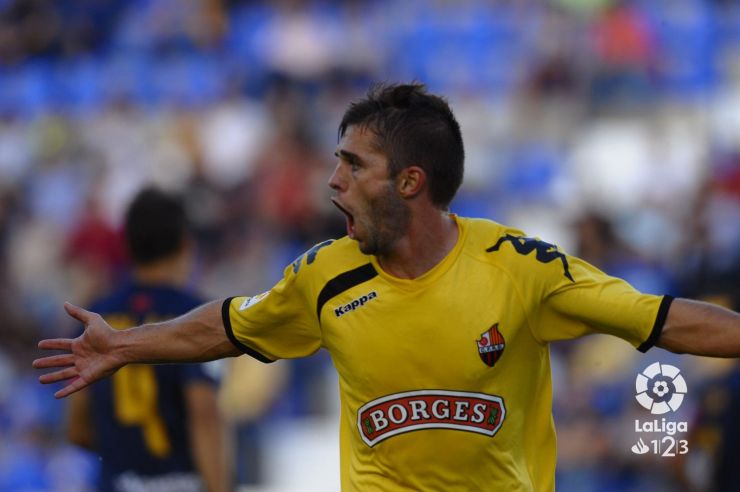 The result of the weekend saw the Catalans carry on their flying start to the campaign by becoming the first visitors to claim victory at La Condomina, while leaders Levante won again.

Los Azulones have taken seven points from a possible nine since Jose Bordalas moved into the dugout. The latest blow struck by this 'new' Getafe side was claiming victory at the Angel Carro stadium, putting an end to the previously unsullied run of a Lugo side who headed into the game unbeaten. It looked like a stalemate was on the cards, before Stefan Scepovic tipped the balance in the Madrilenians' favour in the 84th minute.

A share of the points will have done little to lift the spirits of either the Madrid-based club or the Andalusian outfit, leaving them both in the lower reaches of the table. Julio Velazquez was making his managerial debut for Los Alfareros, but they were unable to make their dominance count, despite Almeria being reduced to 10 men when Fran Velez was sent off just 24 minutes in. Goalkeeper Casto Espinosa produced an outstanding stop to turn away a last-gasp header by Luis Fernandez and save the Almerians. 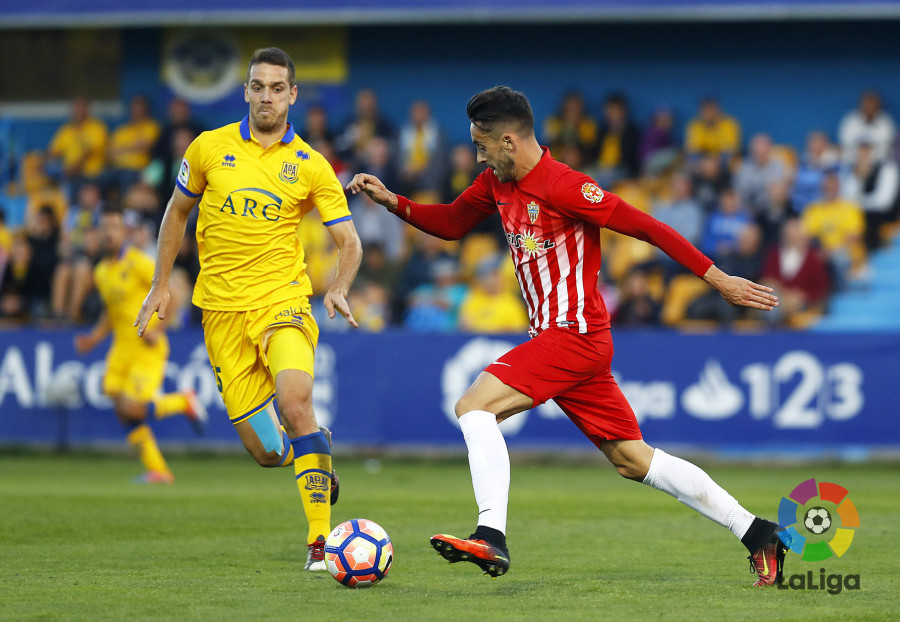 Huesca put an end to Mirandes's unbeaten run this season and they did so in style. The Aragonese outfit produced a resounding 3-0 victory at El Alcoraz thanks to goals by Alvaro Vadillo, Alexander Gonzalez and Borja Lazaro. The result lifts Huesca closer to the playoff places, where Mirandes remain despite suffering their first defeat this term.

Girona and Oviedo drew an evenly matched game at Montilivi, with neither team managing to find the back of the net. The draw extends the home side's unbeaten run to five games and Oviedo's to four, keeping both outfits in the upper echelons of the LaLiga 1l2l3 standings.

The LaLiga 1l2l3 leaders were forced to come from behind to overcome a tough test against Mallorca at the Ciutat de Valencia. The visitors went ahead thanks to a first-half goal by Ion Ansotegi, but Chema levelled for Levante shortly afterwards. In the second half, the Colombian midfielder Jefferson Lerma grabbed the second for Juan Ramon Lopez Muñiz's men, securing three more points to extend Los Granotas' lead at the top following the slip-up by Lugo.

A sensational first-half display set Alberto Toril's men on their way to a comfortable triumph. Pelayo Novo put the visitors in the ascendancy in the 29th minute, before Nino made it 2-0 on 34'. Pelayo then struck again just prior to the interval to effectively settle the contest in his side's favour. Although Angel cut the arrears for Zaragoza, there was to be no comeback.

Sevilla At. continue to come on in leaps and bounds as they adapt to life in LaLiga 1|2|3. The Andalusians went into this one on the strength of a 2-1 victory over Zaragoza, but scooping three points on their travels remained an itch they had yet to scratch. Not any more, though, as they ended Cordoba's unbeaten run at the Nuevo Arcangel courtesy of Borja Lasso's effort in the 86th minute, when the match looked destined to end goalless. 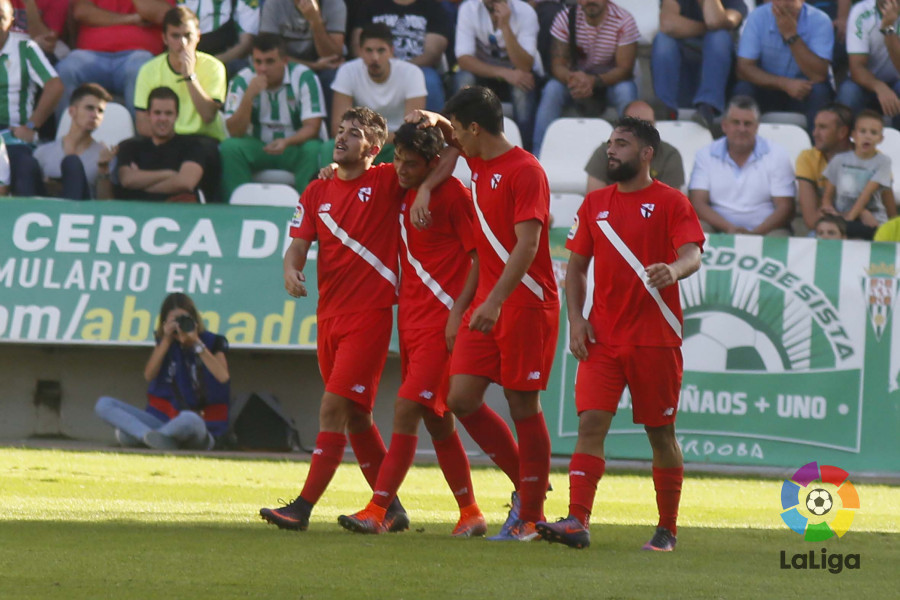 The basement boys are still searching for their first win of the LaLiga 1|2|3 season after succumbing to defeat against R. Valladolid. The home fans were given cause for optimism when Ikechukwu Uche cancelled out Juan Villar's 26th-minute opener not long before the break, but Jose Arnaiz restored the visitors' lead just after the hour mark and this time they were able to hold on to it.

Reus became the only away side to emerge victorious from La Condomina to date this term thanks to Fran Carbia's first-half brace. This impressive result took Natxo Gonzalez's second-tier first-timers up into third in the table, while fellow new boys UCAM slide closer towards the drop zone.

The Vallecas faithful were treated to a rip-roaring goal fest in which their team battled back to claim a share of the spoils. Manu del Moral caught Rayo cold by opening the scoring after barely a minute had elapsed before Antonio Amaya levelled midway through the first half, and it stayed 1-1 through to half-time. Marc Mateu and Julio Alvarez fired Numancia into a commanding position after the restart, only for Jose Ramon Sandoval's charges to respond again through Alex Moreno and Patrick Ebert.

For long stretches this one looked to have scoreless draw written all over it. It was 0-0 at the interval and indeed all the way until the 79th minute, when two substitutes combined to produce a moment of real quality that broke the deadlock, Haythem Jouini heading the hosts ahead from an inch-perfect whipped cross from Cristo Gonzalez. There was to be a sting in the tale, however, as another sub, Gorka Santamaria, netted the scrappiest of equalisers for Cadiz in stoppage time.