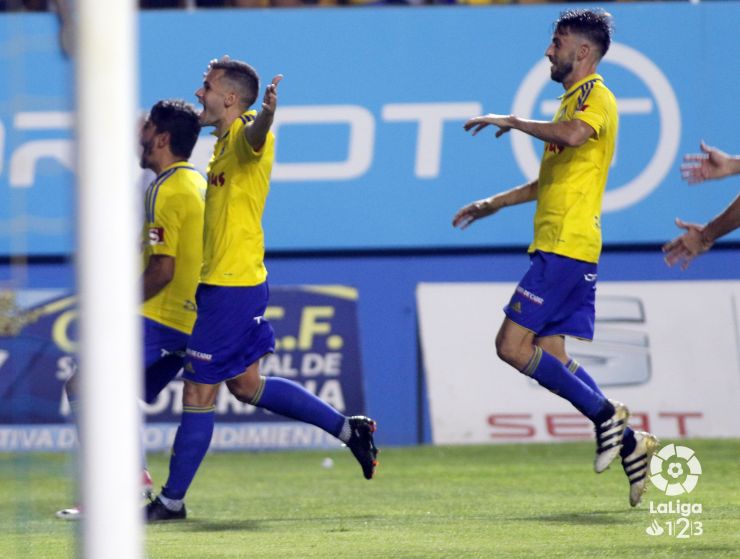 A long-range strike from the Basque player gave Cadiz victory over Tenerife by the finest of margins. All will be decided on Sunday at the Heliodoro Rodriguez.

Cadiz CF took the lead with 64 minutes on the clock with what would turn out to be a decisive goal and the only one of the game. The scorer: Ager Aketxe. The Cadiz player gave us yet another glimpse of his powerful shooting. His strike from 25 metres out caught the CD Tenerife shotstopper Dani Hernandez napping and gave his side the edge heading into Sunday's game against the islanders.

The teams were treating it like a cup final, and this marked the atmosphere in the stands as well as out on the pitch. The first half started slowly with Cadiz and Tenerife showing each other a healthy degree of respect, and players from both sides misplacing their passes and letting their nerves get the better of them. Although the home side started to dominate, Alvaro Cervera's men were unable to turn that domination into a goal. Clear chances were few and far between for either side.

After the interval Cadiz stepped things up a gear. Salvi offered the first harbinger, his far-post shot clattering Hernandez's woodwork. Aketxe's goal came just minutes later. The Cadiz striker let rip from 25 metres out to score the first and only goal of the game, with Tenerife barely mustering a reaction in what remained of the match. All will be decided at the Heliodoro Rodriguez on Sunday at 21:00 CET.