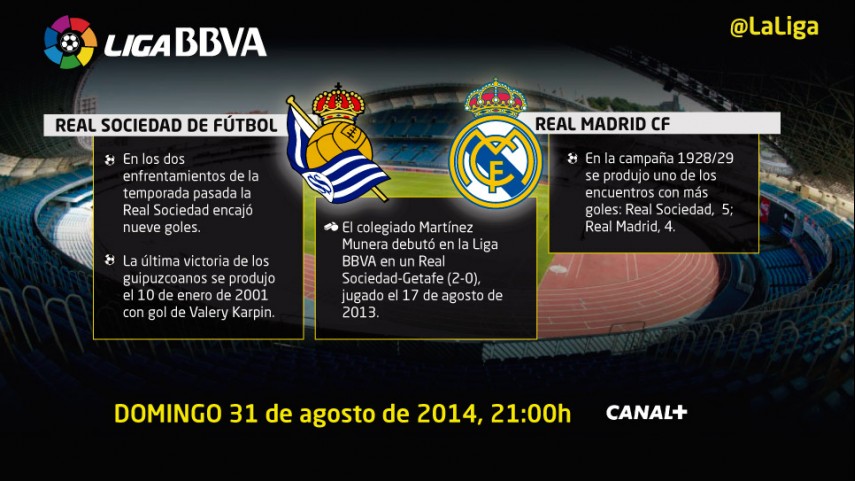 The side managed by Carlo Ancelotti will visit Real Sociedad’s ground without the Portuguese footballer. The home side are looking for their first points after losing to Eibar.

Real Sociedad de Fútbol and Real Madrid CF will feature in one of the clashes of matchday 2 of the Liga BBVA when the two teams go up against each other at the Anoeta Stadium. The Blancos travel to San Sebastián to face a Basque side who are looking for their first points of the season after losing 1-0 in their opening game of the campaign.

Team news
Madrid will be without Portuguese player Cristiano Ronaldo for the match as a precaution, while Fabio Coentrão, who has sprained his left knee, is still recovering and is also absent from Carlo Ancelotti’s matchday squad.

Thoughts from the dugout
"We're ready for this. We hope to play a good game and get a good result", said Real Sociedad boss Jagoba Arrasate in a press conference before welcoming the Blancos. The home side's manager also said his team wanted to convert pain into anger to improve their performance at the Anoeta. Carlo Ancelotti, the visiting manager, was optimistic and said that his team had to win their first away game: "We have to keep winning and improving our performance on the field compared to last Monday. They are tough opponents who want to show their quality".