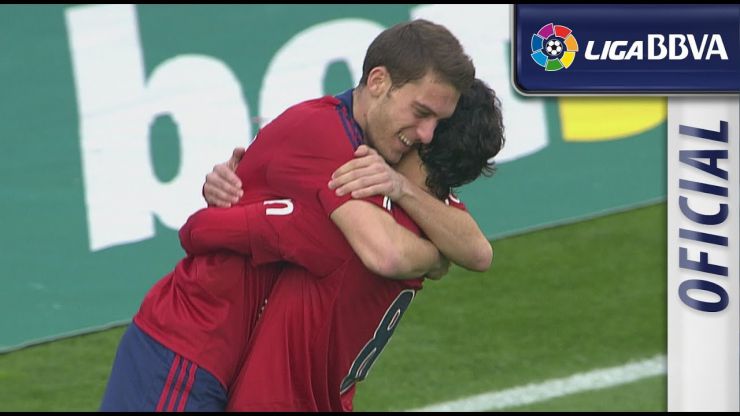 The Navarra side made the most of its chances during a match in which Betis was down to ten men for nearly an hour and also missed a penalty.

Real Betis had a dramatic day at the office during its Liga BBVA matchday 19 fixture against Osasuna, which finished with the Navarra side taking all three points thanks in big part to its well-organised defence.

With Léo Baptistão’s inclusion being the biggest change to the starting line up (the Brazilian moved to Seville on Saturday), Juan Carlos Garrido’s team couldn’t have got off to a worse start. In the second minute the Betis defence was unable to clear the ball which allowed a relatively unimpeded Roberto Torres to open up the scoring. From then on Betis took charge of the game with the former Atlético Madrid striker looking particularly active. However, Nono’s sending off in the 38th minute cut the home side’s improvement short.

Betis changed things up in the second half by playing with just three defenders, which didn’t have the desired effect. Jordi Figueras scored an own goal in the 57th minute to make it 2-0, which effectively killed off any chances Betis had of coming back into the match. A chance came when Andrés Fernández was sent off and the Andalusians were awarded a penalty, but Rubén Castro was unable to convert it. Jorge Molina managed to pull one back in the 80th minute but by then it was too little too late for Betis.