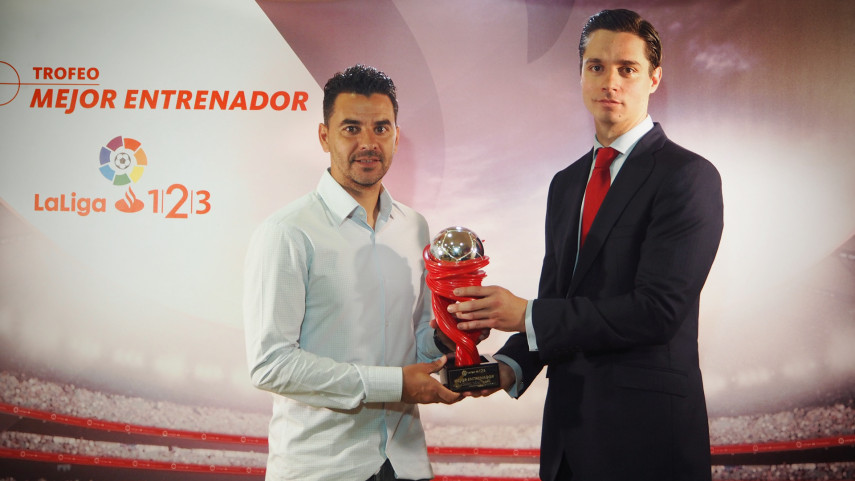 The Rayo coach picked up the award, after his side's impressive league results throughout the month of April.

Miguel Angel Sanchez, better known as Michel, has been named LaLiga 1|2|3 Manager of the Month for April, off the back of securing a remarkable return of three wins and a draw in Rayo Vallecano's four league fixtures. 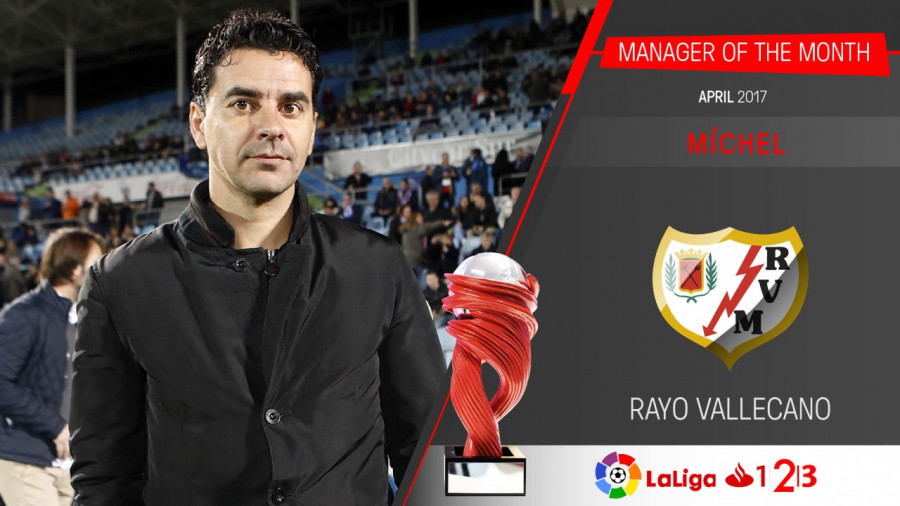 Rayo have been producing some fine football since Michel took over the reins in late February and have become one of the most difficult teams to beat in LaLiga 1|2|3. Recent results include away wins against Girona FC (3-1) and UCAM Murcia CF (1-0), a home victory over CD Lugo (2-0) and a 1-1 draw with CD Tenerife, which have seen the club pull away from the lower reaches of the table and move up to 13th place, with a top-half finish now in their sights and a late push for an unlikely playoff berth potentially on the cards.

This accolade - which is awarded by Santander, the competition's main sponsor, and voted for by the LaLiga.es writers - was presented by Carlos Marugán Mancho, the head of the Madrid-Orense office.