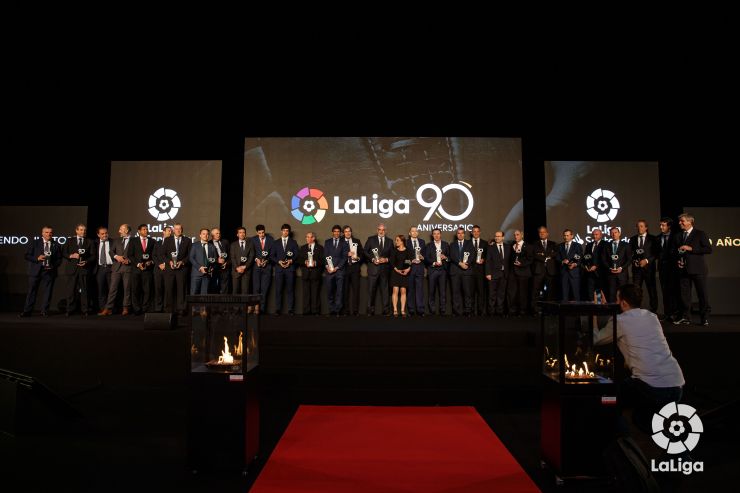 It was 90 years ago when the league competition got underway in Spanish stadiums. 90 years have also passed since Pitus Prat scored the first ever goal for RCD Espanyol against Real Union from Irun. Ever since, LaLiga and its fans have enjoyed witnessing the best players in the world, emotion-filled matches that get supporters off their seats week after week and the very highest quality football which has set the benchmark across the globe.

Espanyol's RCDE Stadium was kitted out fittingly to pay tribute to the biggest stars who have made LaLiga history. There was an emotional homage to individuals who have marked LaLiga's path, such as Antoni Ramallets, Luis Aragones and Miguel Muñoz, historic grounds such as El Molinon, players to have featured in the most seasons, such as Cesar Sanchez and Miquel Soler, and the top goalscorers in the competition, such as Leo Messi. The event was an opportunity to look back on 90 years of professional football history. 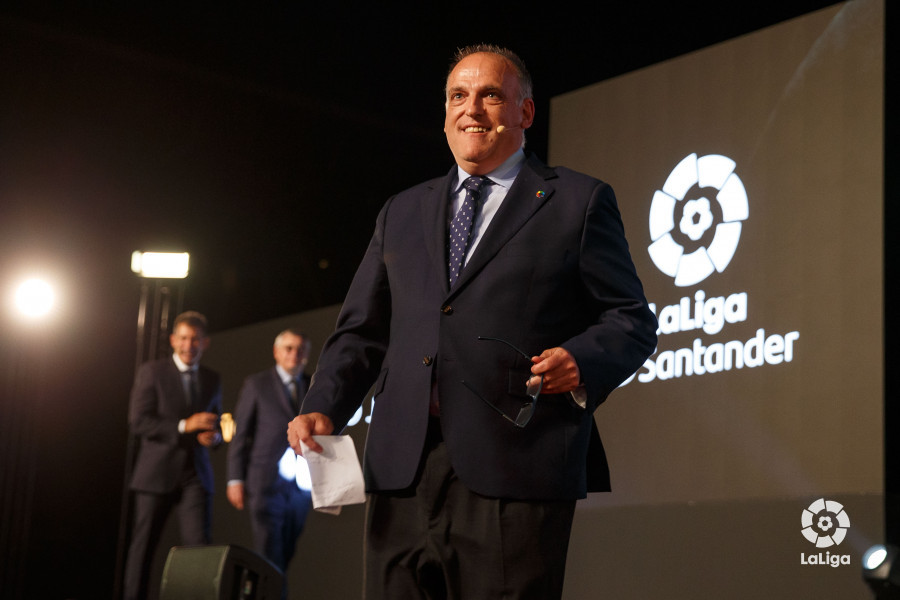 LaLiga club representatives, sporting institutions and Spanish football legends certainly did not want to miss it and joined LaLiga and the award winners for what was an emotional occasion. Maria Jose Rienda, the president of the High Council for Sport (CSD) was in attendance and stated, "We are so proud to have an organisation like LaLiga with so much history behind it, which is what makes it so essential within sport. Today we congratulate LaLiga on its 90th anniversary and it's vital for us to have an organisation with such a wealth of experience in Spanish sport, because it means things have been done properly and lasted over time." 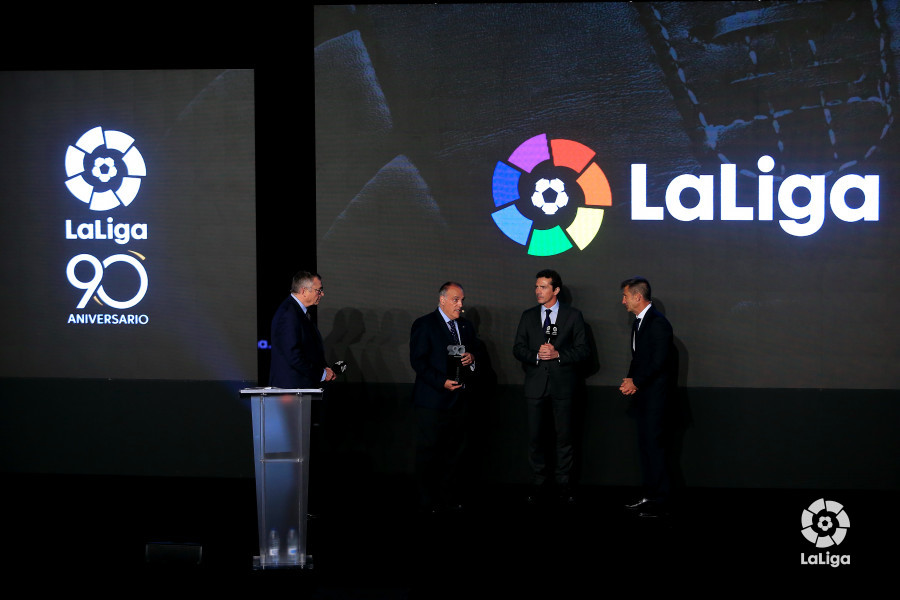 LaLiga president Javier Tebas was thankful for "the hard work and efforts made by clubs to ensure that first match at the Campo de Sarria took place in 1929, with the league going on to become the best in the world." He also said, "This is a big homage to the stars who have played key roles in the best footballing stories over these 90 years."

The emotional ceremony was hosted by the voices of football on Spanish television over the last two decades, Carlos Martinez and Michael Robinson, who shared anecdotes and evoked passionate feelings from the protagonists.