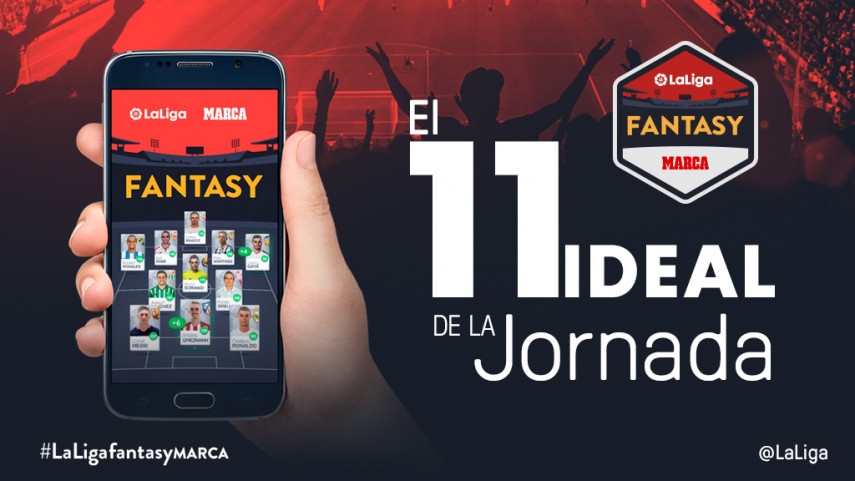 These are the 11 players who racked up the highest number of points on Matchday 19 of the 2016/17 league campaign.

Goals, shimmies, thrills and football galore – another week of LaLiga Santander draws to a close and it is time to take a look at the LaLiga Fantasy MARCA Best XI for Matchday 19 of the competition.

FC Barcelona were among the biggest movers and shakers in LaLiga Fantasy MARCA land this weekend. Their 4-0 rout of SD Eibar at Ipurua featured plenty of impressive performers and they are the team with the most representatives in the latest Best XI – four, to be precise. Marc-Andre ter Stegen (13 points) is the man between the posts, while it is an all-Azulgranas affair up front, with all three members of the MSN– Lionel Messi (12 points), Luis Suarez (15) and Neymar (11) – finding the net and earning themselves a place in the lineup. 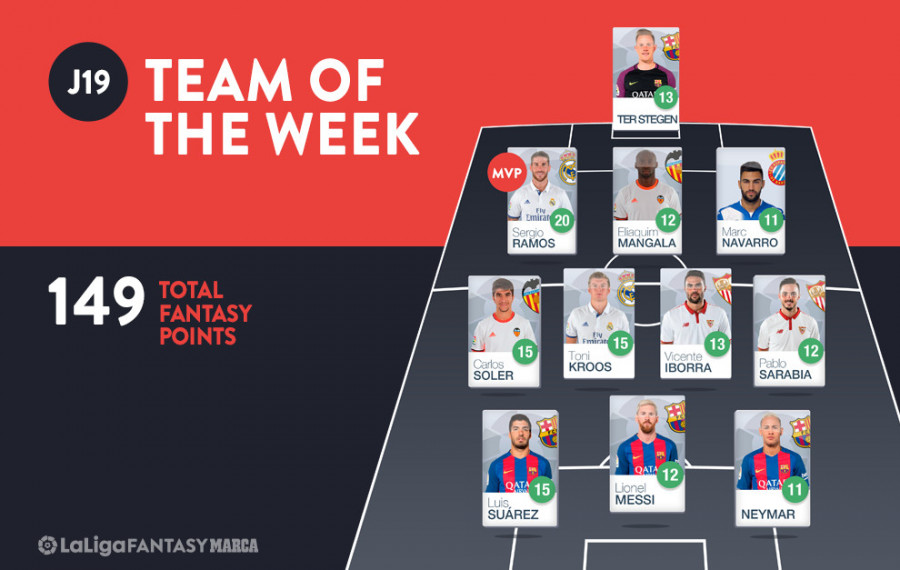 Despite Barça's eye-catching exploits, the Player of the Matchday is Real Madrid's Sergio Ramos, whose star turn against Malaga CF – including a match-winning brace – was worth 20 points, the joint-highest tally for a defender in LaLiga Fantasy MARCA history. Slotting in alongside him at the back are RCD Espanyol's Marc Navarro (11) and Valencia CF's Eliaquim Mangala (12).

The main men in midfield are Madrid's Toni Kroos and Valencia's Carlos Soler, who both bagged 15 points. Last but not least, joining them across the middle of the park are Sevilla FC schemers Vicente Iborra (13) and Pablo Sarabia (12), who were both among the goals in their side's thrilling win away to CA Osasuna.

Don't have a LaLiga Fantasy MARCA team yet? Download the app for iOS or Android.