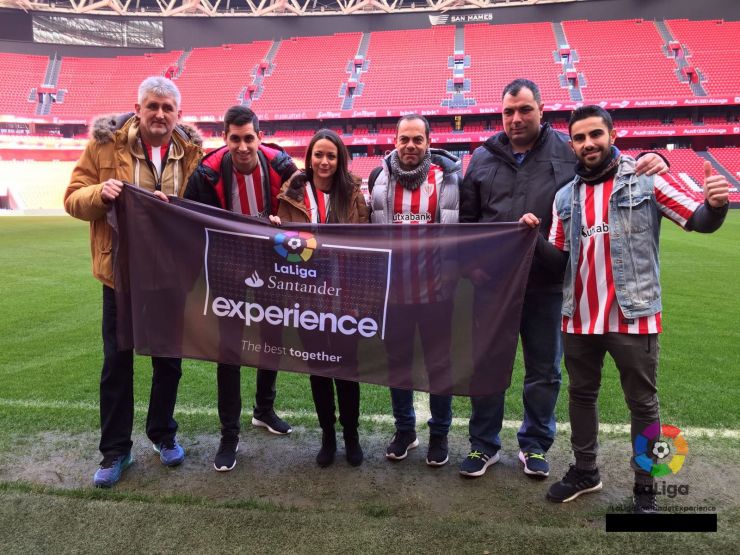 After winning contests held by LaLiga's official broadcasters in Cyprus and Hungary, four subscribers were joined by two journalists to watch Athletic Club v Atletico Madrid at a bouncing San Mames, where they were treated to great goals and fine football.

For the fourth time this season, the LaLiga Santander Experience has showcased LaLiga's efforts to internationalise its brand and entertain fans around the world. On this occasion, a group of overseas supporters were flown to Bilbao, where they got to enjoy a match in the flesh as part of a fun-filled getaway.

The crowning moment came at the unrivalled setting of San Mames, where six PrimeTel and SPORT 1 viewers and reporters were made to feel like guests of honour as they delighted in the gripping fare on display during the draw between two of the most historic clubs in Spanish football, Athletic Club and Atletico Madrid.

The winners of competitions run by PrimeTel and SPORT 1 on social media, the lucky visitors saw their dreams come true. Not only did they get to attend the game – they also enjoyed a guided tour of San Mames and were given personalised football shirts. Other fantastic activities on the menu during this spectacular weekend included a visit to the iconic Guggenheim Museum and a get-together with the local supporters' club Peña Athletic del Casco Viejo.

LaLiga, the sextet and the two broadcasters shared some of the highlights from the trip on Twitter, Facebook and Instagram, using the hashtag #LaLigaSantanderExperience. More of the same is on the cards in the next instalment of this exciting international project, which will see the participants have a ball in Seville – including at the Sanchez-Pizjuan – on 28 and 29 January.