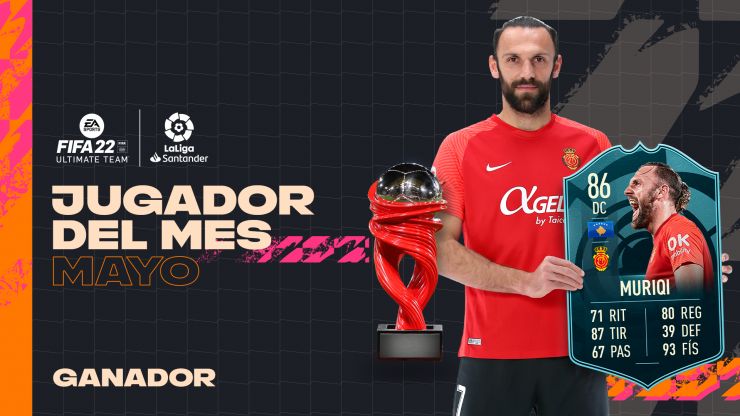 The goals scored by the RCD Mallorca player were decisive in Los Bermellones achieving their objective of staying up for another season in LaLiga Santander. The Kosovar forward has been awarded the Player of the Month Award for May.

Vedat Muriqi has been voted the LaLiga Santander Player of the Month for May. The striker arrived in the winter transfer window with a mission to help RCD Mallorca in the season run-in. His rich vein of form in May played a decisive part in the club managing to stave off relegation.

He is more than just a goalscorer, though. Muriqi has also become one the team's most dangerous players in the build-up. In fact, of the four games played in May, the striker started all of them and played every single minute.

He made key contributions on the final two matchdays of the championship, when Mallorca managed to secure their spot in LaLiga Santander for another season. Undoubtedly one of his finest performances came in the penultimate game of the competition, when his goal and another by his teammate Abdon Prats secured victory for his team against Rayo Vallecano. The Kosovar opened the scoring in the game with a magnificent header that flew into the back of the Rayo net.