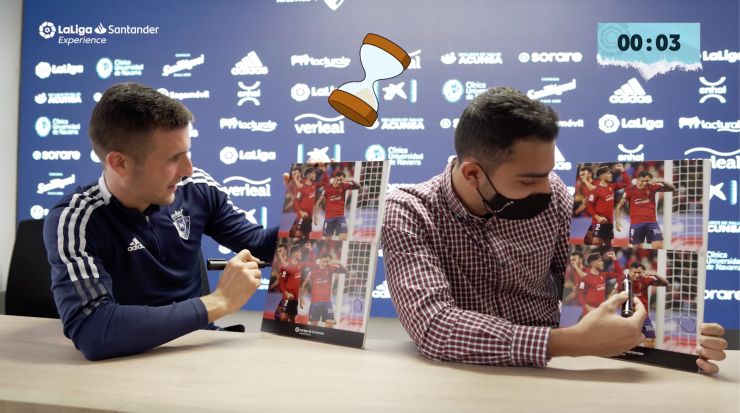 LaLiga Experience 2021/22’s third stop has been a resounding success.

Before Sunday's big match in Pamplona in which CA Osasuna and FC Barcelona battled it out, broadcasters from Eleven Sports Portugal and Digital Albania as well as their guests of honour enjoyed a few days in the capital of Navarra. There they were not only able to take in some Spanish culture and indulge in local gastronomy but also acted as masters of ceremony for a series of fun challenges with players from the club’s men’s and women’s teams.

The winners of the contests organised by LaLiga broadcasters in Portugal and Albania set a challenge for Oier Sanjurjo and Ante Budimir which tested how sharp their eyesight is. Would they be able to spot the seven differences between two CA Osasuna-based photos in record time?

The guests were also able to check out some behind the scenes action at the club as well as meet some of the women’s team’s players, spending the afternoon with Amancay Urbani and Miriam Rivas. We got to find out more about the girls’ personal lives when they had to answer various “Who is more likely to…” questions.

To round off the experience the visitors were invited to take part in a Spanish culture quiz, with the victor being proclaimed the winner of the third LaLiga Experience of this season and taking home a trophy in the process.