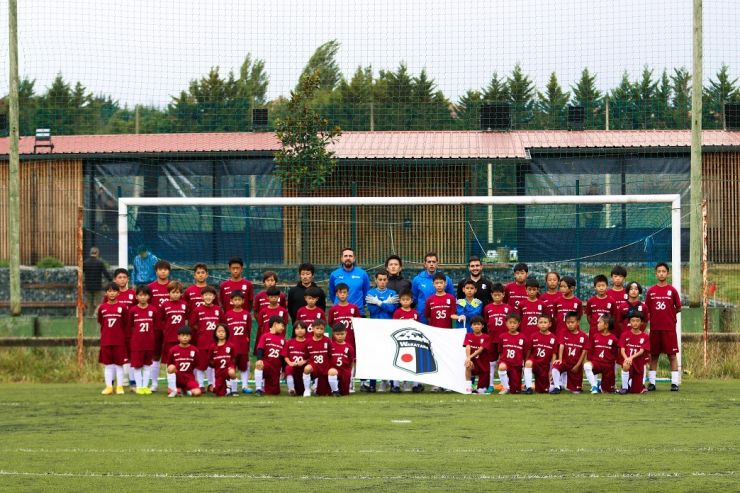 Launched in 2020, the one-week training stage is part of a long-term partnership to boost grassroots football in Japan.

LaLiga and Wakatake Group have concluded the third joint training stage for young athletes in Spain as part of their long-term partnership to promote grassroots football in Japan, which was launched at the end of 2020. The intensive training camp for 36 young Japanese players combined training sessions with LaLiga coaches and friendly matches with youth teams from three LaLiga Santander and LaLiga SmartBank clubs from the Basque Country and Madrid: Athletic Club, Deportivo Alavés and Getafe CF.

The training stage took place between September 26 and October 2, starting with friendly matches in the Basque Country and including visits to the clubs' training centres and stadiums San Mamés and Mendizorroza. In Madrid, the group stayed at the state-of-the-art sports complex Centro ESC LaLiga & NBA, where the LaLiga Grassroots programmes in Spain are developed, including the long-term academic-sports programme LaLiga Academy Spain. The students trained on the centre's pitches and went to the Coliseum Alfonso Pérez to watch the Getafe CF vs Real Valladolid CF match live.

This successful two-year collaboration has brought great benefits to both sides with a clear focus: to date, more than 100 young Japanese players from the Wakatake programme have been trained using the LaLiga Methodology in the different training stages that have been held in Spain and Japan, which has had an impact on the promotion of grassroots football in the country.

In addition to the aforementioned, teams such as Villarreal CF, Rayo Vallecano, Sevilla FC, Real Betis, Valencia CF, and UD Levante have contributed on various occasions over the years to projects with the Wakatake Group, which has helped to give exposure to, and support the development of, the clubs on an international level.

LaLiga's unique Methodology and the high level of LaLiga's coaches, with degrees in Sports Science and Physical Activity, international experience and the UEFA Pro licence, helping athletes to identify areas for improvement in their football education through the four areas of work: tactical-cognitive, technical-coordinative, physical-conditional and psychological-socio-affective.

“Our aim is to create educational environments where we can offer young athletes and coaches tools with which they can develop their potential in a holistic manner, taking into account not only sporting but also academic aspects, mental health or what we call 'invisible training', including nutrition and rest. In short experiences such as the training camps, we cannot expect radical changes, but it is possible to provide the knowledge that will make a difference and help to improve the players' expertise,” stated Juan Florit, Head of LaLiga Football Department and the sports area at LaLiga Grassroots.

“The duration of our relationship with Wakatake demonstrates our commitment to the development of grassroots football in Japan. Both sides gain a lot of value by learning from each other and exchanging knowledge. Furthermore, the involvement of LaLiga clubs has always been great, creating a direct bridge between football in both countries,” said Guillermo Pérez, LaLiga delegate in Japan.

Friendly matches against youth teams from Athletic Club, Deportivo Alavés and Getafe CF help the Japanese youngsters to refine technical details and get an insider's view of how the Spanish youth teams, which are renowned throughout the world for their quality, operate: LaLiga, according to CIES data from last season, is first among the major European leagues in the number of minutes played by youth players in the first team, with an average of around 17% of the total minutes, and the competition's clubs consistently top the individual team rankings: last year first place went to Athletic Club (55.8% of minutes were given to their youth players), followed by Real Sociedad (43.9%) and RC Celta (41.2%).