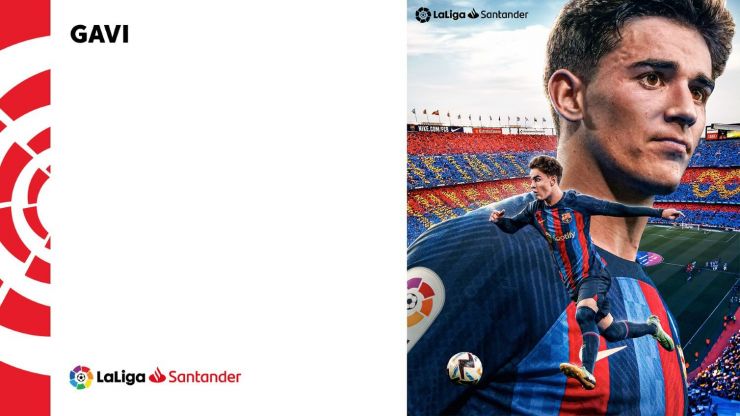 Gavi receives Kopa Trophy for the best young player of 2022

The FC Barcelona player is the fourth winner in the history of the award. Eduardo Camavinga and Jamal- Musiala complete the podium.

FC Barcelona Pablo Gavi was named the winner of the Kopa Trophy today, Monday, which recognises the best-performing player under the age of 21. The midfielder has earned this prestigious distinction, now in its fourth year, which is handed out by 'France Football' magazine during the Ballon d'Or gala.

Gavi takes up the baton from his teammate Pedri Gonzalez, who received it in 2021 and became the first Spaniard to do so. The previous winners were Kylian Mbappe in 2018 and Matthijs de Ligt in 2019.

Despite his tender age, the Sevillian is an instrumental part of Xavi Hernandez's team, standing out every time he enters the field of play. He is also a key player for Luis Enrique’s Spain team, having made his debut at the age of just 17.

However, the Barcelona player is not the only member of LaLiga Santander who was in contention for the award. The Real Madrid midfielder Eduardo Camavinga came second in the voting, and Jamal Musiala (Bayern München) completes the podium. The 19-year-old Frenchman had a stellar season with Los Blancos, winning three titles: the Spanish Super Cup, LaLiga and the Champions League.