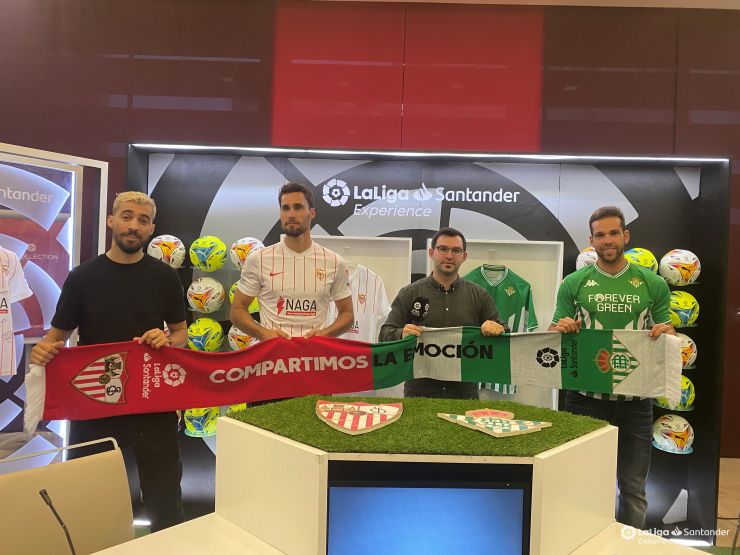 The LaLiga Experience guests were put through their paces in their visit to Sevilla FC and the Andalusian capital as they faced a host of challenges during a truly magical stay in this, the eighth instalment of this season’s roadshow event.

The LaLiga Experience VIPs were treated to a behind-the-scenes visit to the club’s Ramon Cisneros Palacios training complex, where they were given the chance to take in a first-team training session. What’s more, the visitors also met Sevilla FC Women stars, Grace Kazadi, Michele Vasconcelos and Itzel Gonzalez, who lined up alongside French influencer Boume Sama, who was flying the flag for beIN SPORTS France, in an entertaining challenge that put their reactions to the test.

Meanwhile, Olympic rowers Jaime Canalejo and Javier Garcia were on hand to see our new ‘managers’ during their unveilings, before they took part in a puzzle challenge, in which Boume and Jaime came out on top.

The final challenge saw our stars take their places below the city’s iconic Torre del Oro watchtower to showcase their knowledge of Sevilla FC in the ‘Show what you know’ challenge. Guest Patryk Dzwoniarkiewicz claimed victory to land the LaLiga Experience Top Winner prize.