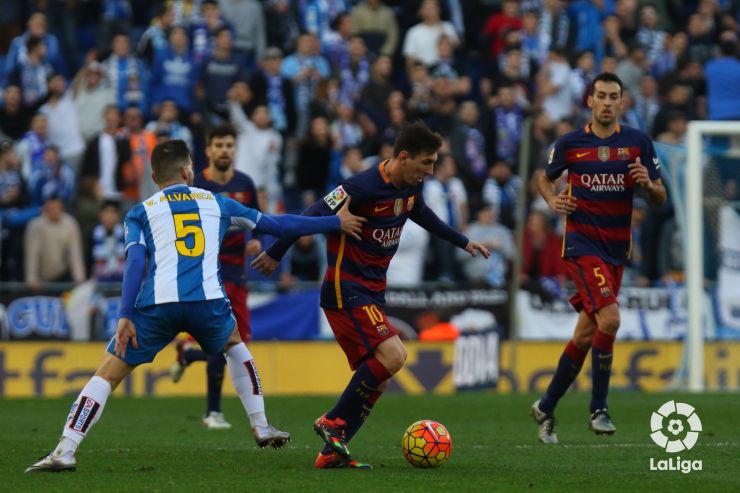 Espanyol and the woodwork deny Barcelona

Espanyol made life uncomfortable for the leaders denying them space and closing them down quickly in a typically contentious city derby.

For all their pressure, though, it was still Barca who created the first openings, Jordi Alba and Luis Suarez both coming close to breaking the deadlock.

Tempers flared at a series of Espanyol corners just after the 20-minute mark and soon after, one flicked-on from the near post landed on the line and was hacked away by Gerard Pique.

Luis Suarez, Lionel Messi and Neymar were struggling to get into their stride, though Messi did strike a curling freekick on to the top side of the crossbar after 35 minutes. 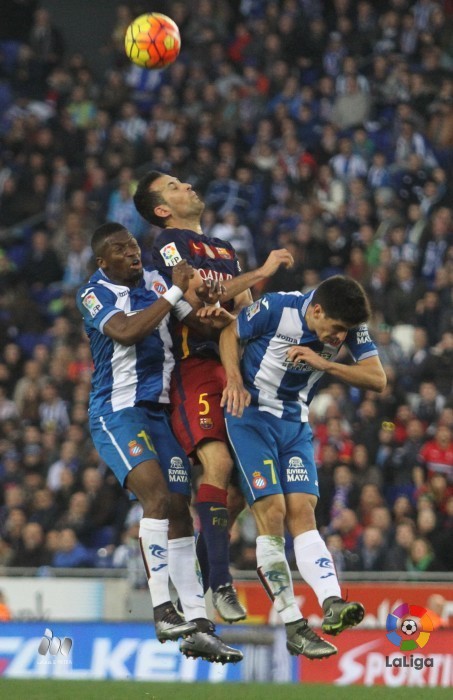 Uruguay striker Luis Suarez , who started the day as the division’s top scorer with 15 goals, carved himself an opening in the six yard box only to fire his effort against the post, and Espanyol slowly clawed their way back into the game.

min 55: Suárez does everything right but his shot comes back off the post from close range - woodwork denies Barça again! #EspanyolFCB

Neymar tried a spectacular overhead kick after 75 minutes which was on target but without power, and Espanyol grew in confidence in the closing stages, cheered on by their jubilant fans, as Constantin Galca’s side became the first club to deny Barca a goal in Liga BBVA this season.

For Barcelona it was a third draw in four Liga BBVA outings, and gave their pursuers the chance to overhaul them in the standings.