The Celta boss has been awarded this prize in recognition of his team's excellent results last month.

RC Celta's Argentine coach Eduardo Berizzo has been named the LaLiga Santander Manager of the Month for January after overseeing a fine run of results during the opening month of the year. 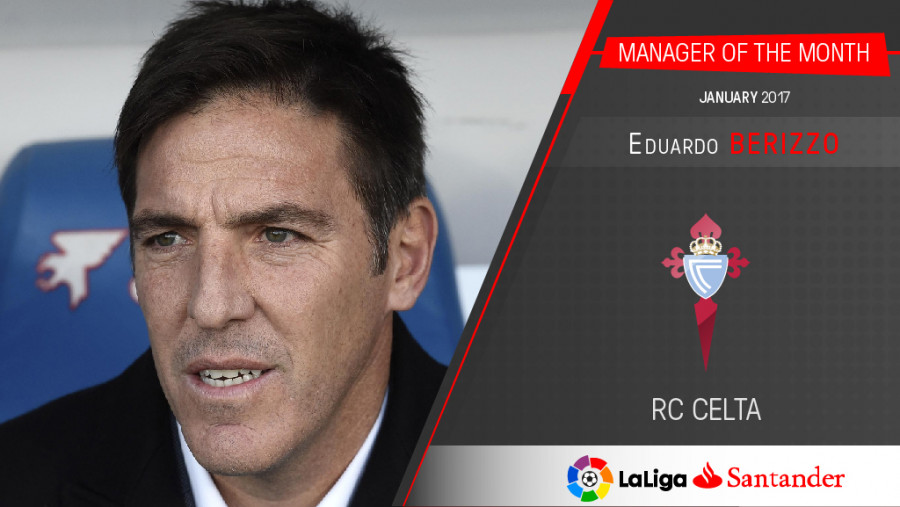 The Vigo outfit have enjoyed a superb start to 2017, emerging victorious in three of their four league outings, whilst racking up six goals and conceding just twice in the process. This purple patch has propelled Celta up the standings and puts them firmly in the hunt for a European spot. In addition, the Celestes succeeded in carrying their fine league form into the Copa del Rey, where they saw off Valencia CF and Real Madrid during the course of the month to secure their place in the semi-finals.

This accolade - which is awarded by Santander, the competition's main sponsor, and voted for by the LaLiga.es writers - was presented by Doña Mónica Alzueta Artecha, Director of the Pontevedra area.