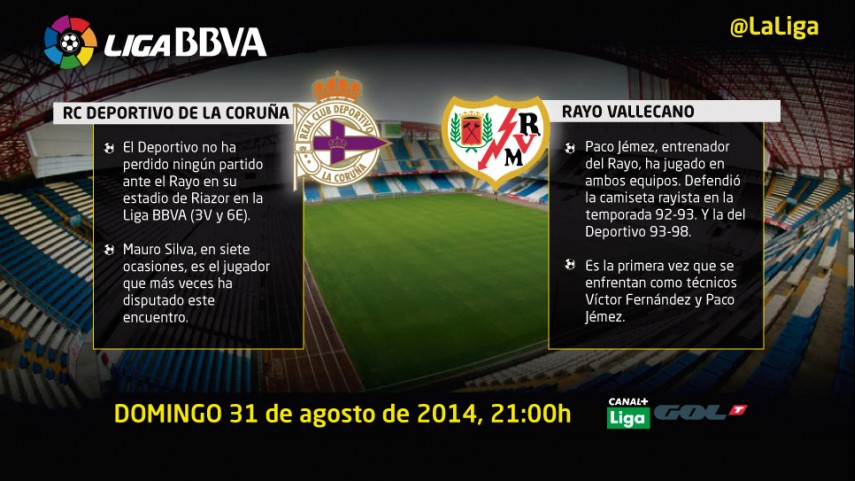 Deportivo face a Rayo on a high

The Galician side will go up against the Madrid team at the Riazor looking for their first points of the season versus a club that made a good impression in their opening game.

The Riazor Stadium will host another Liga BBVA encounter when RC Deportivo de La Coruña face a Rayo Vallecano managed by Paco Jémez, a former player for the Galician team. Víctor Fernández’s men are facing the challenge of regaining some good form after losing 2-1 on matchday 1 of the competition against Granada CF.

Team news
The Madrid side travels to the Riazor with newly signed Léo Baptistão in their matchday squad and without Jonathan Pereira, who started their first match of the season. In the Galician squad, Diogo Salomão and Lucas Pérez are still recovering, so they will not be available for selection.

Thoughts from the dugout
"For us it's a big motivation to be playing our first game in front of our fans. We're eager to make them happy and to put the setbacks we've had behind us", said the Galician team's manager Víctor Fernández, who also revealed that it has been their best week since he has been in La Coruña.

The Madrid side's manager was expectant regarding their trip to Galicia: "We're people who like challenges. Winning there would give us a great start to the season and we would go into the break with the peace of mind of having some points".