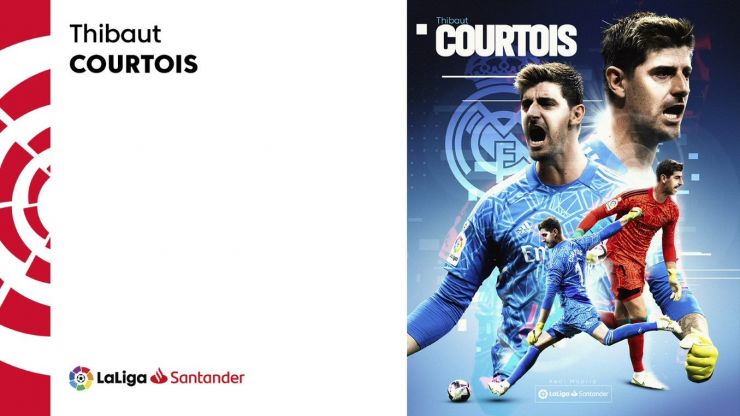 Real Madrid’s Belgian goalkeeper claims the distinction, in which France Football crowns the top-performing shot-stopper over the past year.

Thibaut Courtois was this Monday presented with the Yashin Trophy, which recognises the standout goalkeeper during the course of the last calendar year.

The Real Madrid glovesman was a formidable force between the sticks and an influential performer as the Blancos captured the LaLiga Santander honours, the Champions League and the Spanish Super Cup. The Belgian conceded the second-fewest goals in the Spanish top tier after being beaten 29 times in his 36 appearances and shone brightly throughout the campaign, producing a string of highly assured performances, which have ultimately earnt him this accolade.

This is the third edition of the Ballon d’Or in which this particular award has been presented. Courtois follows in the illustrious footsteps of previous winners: Italy’s Gianluigi Donnarumma, who was crowned in 2021, and Brazilian goalkeeper Alisson Becker, who claimed the inaugural edition back in 2019.

Courtois’ success sees him join his Real Madrid teammate, Karim Benzema, who was named Ballon d’Or, while the Kopa Trophy, awarded to the best-performing player aged under 21, went to FC Barcelona’s Gavi, and the Women’s Ballon d’Or went the way of fellow Barça superstar Alexia Putellas. These award triumphs only serve to cement Spanish football’s status at the summit of the world game.