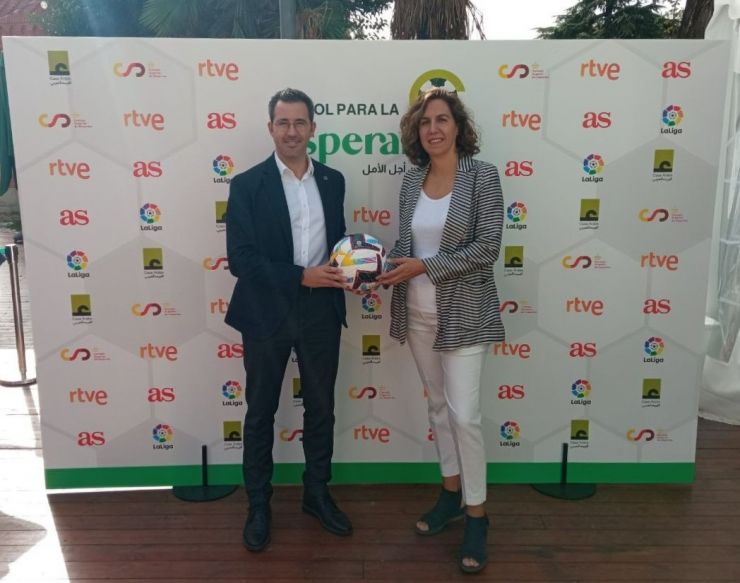 The two organisations have announced their collaboration agreement to promote the values of sport and give exposure to Arab culture.

Casa Árabe and LaLiga unveiled their new partnership agreement at Casa Árabe's headquarters in Madrid, which is intended to continue over time, and which reinforces LaLiga's commitment to its development in the Middle East and North Africa region, following the announcement of its new joint venture in the area. The partnership includes the development of various joint projects to promote the values of sport and Arab culture.

The first of these initiatives will be "Football for Hope", a Casa Árabe project that LaLiga will be joining, and which will last for 5 months. Under this umbrella there will be professional seminars, talks, exhibitions, cinema, open-air leisure and sports activities, among other proposals, within the framework of the FIFA Football World Cup Qatar 2022, which will take place from 21 November to 18 December in the Gulf State and in which four Arab national teams will take part: Morocco, Saudi Arabia, Tunisia and Qatar. These events will take place in different locations, such as Madrid, Barcelona and Cordoba.

The Middle East and North Africa region is strategic for LaLiga and has been one of the cornerstones of its international expansion. In 2014, LaLiga became the first major European sports league to set up an office in this region when it opened its permanent office in Dubai. Also in the United Arab Emirates, the first of LaLiga's permanent international academies opened in 2015, which currently has locations in Dubai and Abu Dhabi, and last season had more than 1,000 enrolments, a record number. Support for the development of grassroots football in the region is strong, and in this vein, the opening of LaLiga Academy Kuwait was also announced in March 2021. In addition, a new joint venture in the region has been recently presented, which demonstrates LaLiga’s commitment to its MENA development strategy.

“The aim of this partnership is to promote the values of sport in society, as well as giving exposure to Arab culture in our country, through the development of joint activities and programmes,” says Irene Lozano, Director General of Casa Árabe.