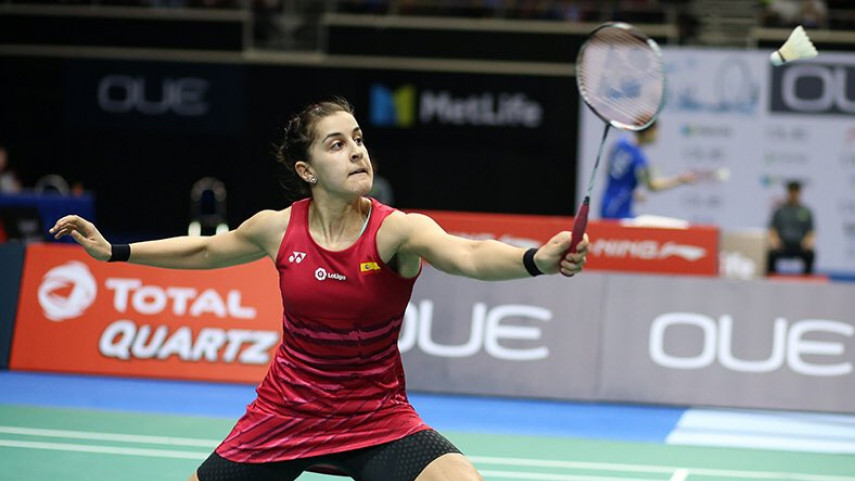 The Spanish shuttler was beaten in the final by Chinese Taipei star Tai Tzu-ying, the world number one.

Carolina Marin succumbed to Tai Tzu-ying 21-15, 21-15 in the final of the Singapore Super Series on Sunday. The Chinese Taipei-born world number one proved too strong for the Spaniard, who has now posted three consecutive runner-up finishes, having also fallen at the last hurdle in India and Malaysia.

Despite the disappointment of failing to capture the crown, the event in Singapore brought plenty of promising signs for Marin, who has been working her way back to full fitness and top form after enduring a spell on the sidelines on the back of taking gold at the Rio 2016 Olympic Games.

The reigning European champion, who is currently ranked second in the world, beat some of the top players on the planet en route to the title decider at the Singapore Indoor Stadium. Her run to the showpiece match included a quarter-final victory over India's P. V. Sindhu, whom she also overcame in last year's Olympic final, and a semi-final win over South Korean ace Sung Ji-hyun.