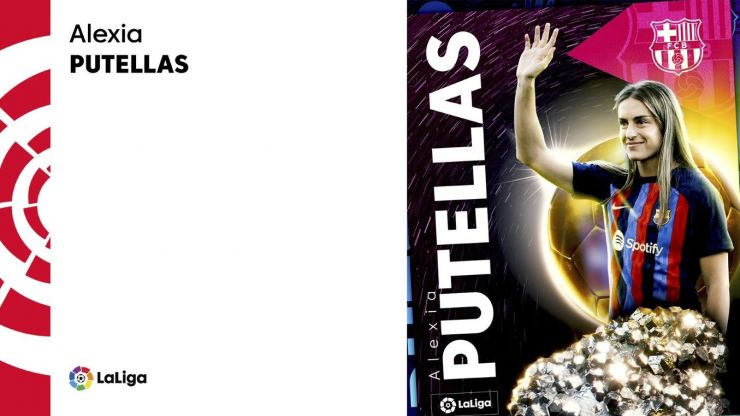 The FC Barcelona captain becomes the first female player to win the award for the second time, and the eighth footballer to receive it two years running.

Alexia Putellas continues to make history. Today, Monday, the FC Barcelona captain became the first woman to win the Ballon d'Or on two occasions and the eighth footballer to receive the award two years in a row. Beth Mead and Sam Kerr, in second and third place respectively, complete the podium.

The FC Barcelona midfielder picks up the award on the back of a brilliant 2021/22 season, having led Los Azulgranas to a historic domestic treble (league, cup and Super Cup). She was also a European runner-up (Champions League) and was named the MVP and part of the Squad of the Season for the tournament.

She undoubtedly played a key role in winning these titles, with the Catalan signing off on the best figures of her career: She played 43 official games, scoring 34 goals and providing 21 assists. Putellas was the third highest scorer in the league with 18 goals, and the top scorer in the Champions League with 11.

For the Spain team, she became the first international to reach 100 caps. Her performances were pivotal to the national team's qualification for the 2023 Australia and New Zealand World Cup, with four goals and three assists in the six games which she played.

However, the serious injury which she suffered on 5 July (ACL tear in her left knee) saw her miss out on the European Championships, where she was expected to be one of the standout players. The midfielder from Mollet del Valles underwent surgery a week later and has been working on her recovery since then, hoping to return to the fray before the end of this season.