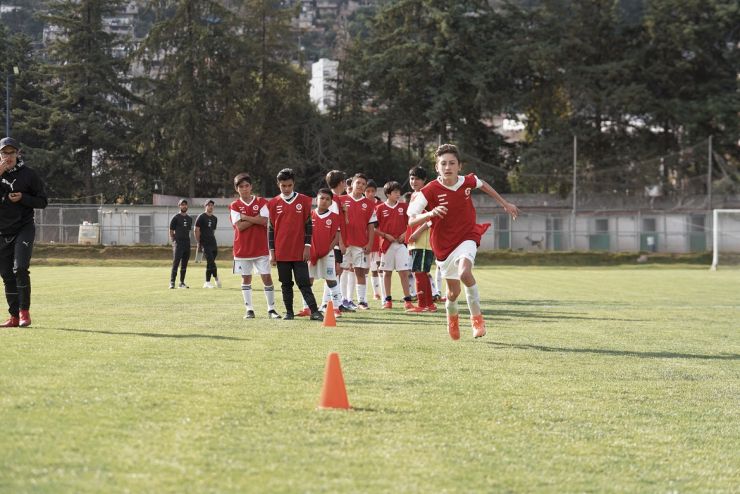 LaLiga Tryouts, launched this year in Mexico by LaLiga Grassroots in partnership with LaLiga North America and Elevate Football, a programme for official grassroots football scouting in the country promoted by an international football institution.

LaLiga Tryouts, the talent spotting and development programme launched in 2022 by LaLiga Grassroots, arrived for the first time in Mexico during May. This is a pioneering scouting process for young players for a European league in Mexico and comes to the country thanks to the work that the Spanish organisation has done in the development of the market and the collaboration agreements it has with local bodies.

The 27 players were selected from more than 500 participants, aged between 12 and 17, after an exhaustive scouting process, carried out by LaLiga Grassroots scouts and coaches, which began on May 14 and 15 in Guadalajara, and continued in Monterrey on May 21 and 22, and ended in Mexico City on May 29. The three events, organised together with Elevate Football, attracted players from all over the country, from states such as Sonora, Baja California, Veracruz, Durango, Puebla, Tamaulipas and Zacatecas.

The trials open up the opportunity for participants to undertake part of their development at the LaLiga Academy, the long-term academic-sports excellence programmes to be hosted by the new ESC LaLiga & NBA Madrid Centre, the centre of excellence for grassroots football serving LaLiga clubs, which will open its doors in the summer of 2022 and will also host these new LaLiga Grassroots programmes for international players in the capital. For the first time, two leading institutions in the sports industry, LaLiga and the NBA, will coexist at the Centre. The winner, selected from the 27 finalists, will have his or her training in Spain covered by a scholarship from the organisation during the 2022-23 academic year.

“The reception in Mexico has been spectacular, and the level of the players has been very high. We are committed to early identification and development of international talent, as grassroots football is an area where LaLiga and its clubs' youth academies are a global benchmark. The accumulated experience and the level of the coaches offers an opportunity to support the development of grassroots football and its best players in countries where there is a lot of football talent, as is the case in Mexico,” says Francisco Javier Hernández, Head of Business and International Development at LaLiga Grassroots.

“Sporting projects are part of our development strategy in the Mexican market, with LaLiga Tryouts we want to help develop this talent and provide opportunities for Mexicans to have a well-rounded experience. The success of this year's event is confirmation that the level of football in Mexico has enormous potential which we can help to develop,” states Alejandro de Gabriel, LaLiga's delegate in Mexico.

During the trials, an exhaustive scouting process was carried out by LaLiga coaches and scouts, all of whom are highly qualified professionals: Having a UEFA Pro licence and experience both in Spain and internationally. The players had to pass several tests during their individual evaluation, after which the scouts produced a detailed report using the data collected.

After the three individual tests, the performance of each player was assessed in matches organised between different teams of participants, under the guidance of LaLiga coaches. The coaches analysed each player in real game situations based on the four performance areas according to the LaLiga methodology: Tactical-cognitive, technical-coordinative, physical-conditional and psychological-socio-affective analysis. These are areas of direct influence on the overall development of a player and combine more than 100 training concepts.