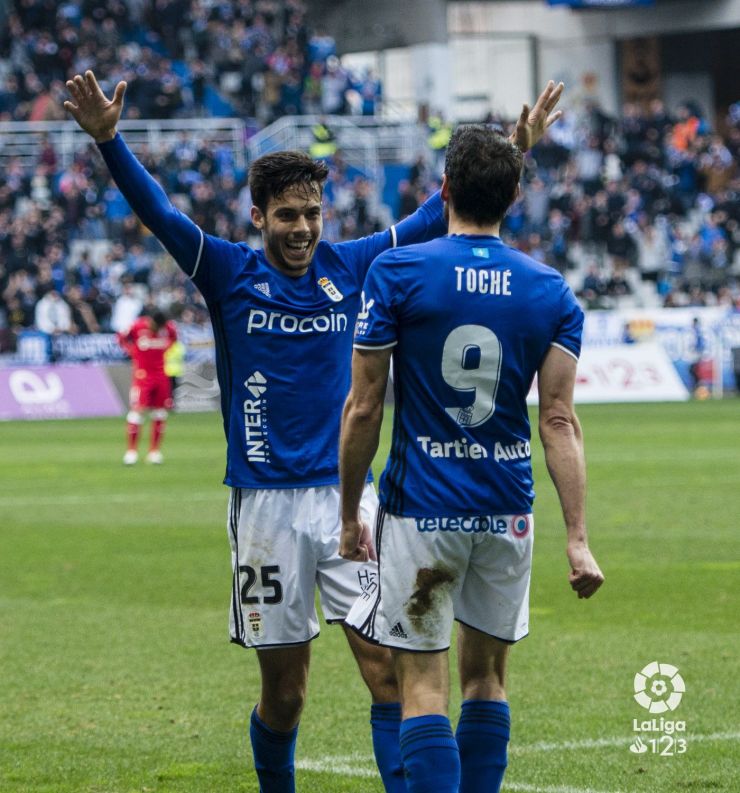 Both sides came out on top at home and boosted their playoff chances on a matchday dominated by dramatic late goals.

Alberto Toril's Elche produced a clinical performance to see off Lugo at the Angel Carro. Strikes from Borja Valle and Nino within the space of seven first-half minutes ultimately proved enough for the visitors, despite the Galicians' relentless efforts to force an equaliser in the closing stages. The hosts halved Elche's lead when Jordi Calavera fired home a stunning volley on the stroke of half-time, before Joselu was denied a last-gasp leveller by a top-drawer save from Juan Carlos.

Valladolid secured a convincing victory at La Condomina to propel themselves up into the playoff places. Goals from Raul de Tomas, Jose Arnaiz and Michel Herrero put the visitors firmly into the ascendancy, before the Murcians hit back in the 89th minute with a Jona Mejia strike, which proved to be nothing more than a consolation. The hosts' failure to put any points on the board here sees them remain in the thick of the relegation dogfight as they continue to hover perilously above the drop zone. 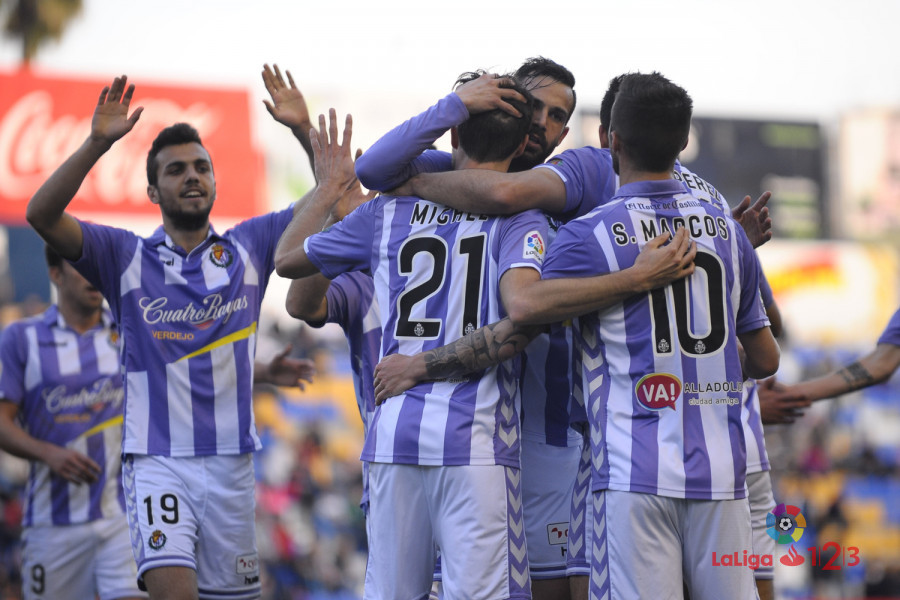 Juan Merino's charges claimed three precious points in their battle to stave off relegation by overcoming Numancia at the Nou Estadi. Victory here, which came courtesy of goals from Miguel Angel Cordero and Sergio Tejera, sees the Tarragona-based outfit hoist themselves off the bottom of the LaLiga 1l2l3 standings.

The league's runaway pacesetters swatted Cordoba aside at the Ciutat de Valencia in a game in which Los Granotes twice took the lead before eventually running out 3-1 winners. This was a very solid display from the Valencians, who in Roger Marti boast one of the division's leading marksmen, with his pinpoint finish here bringing his total for the season to 16.

Hopes are running sky high in Tenerife, and with the current form being displayed by this team it is no wonder. Pep Marti's men put in an extremely businesslike performance against Almeria and managed to secure the three points thanks to an early goal by Raul Camara, consolidating their position in the playoff places for promotion to LaLiga Santander.

There was nothing to separate the two sides until Juanpe managed to tip the balance in the home team's favour on 88 minutes. The three points mean Girona remain comfortably in second place and nine points behind the leaders, who also managed a win against Cordoba on a thrilling Matchday 26. 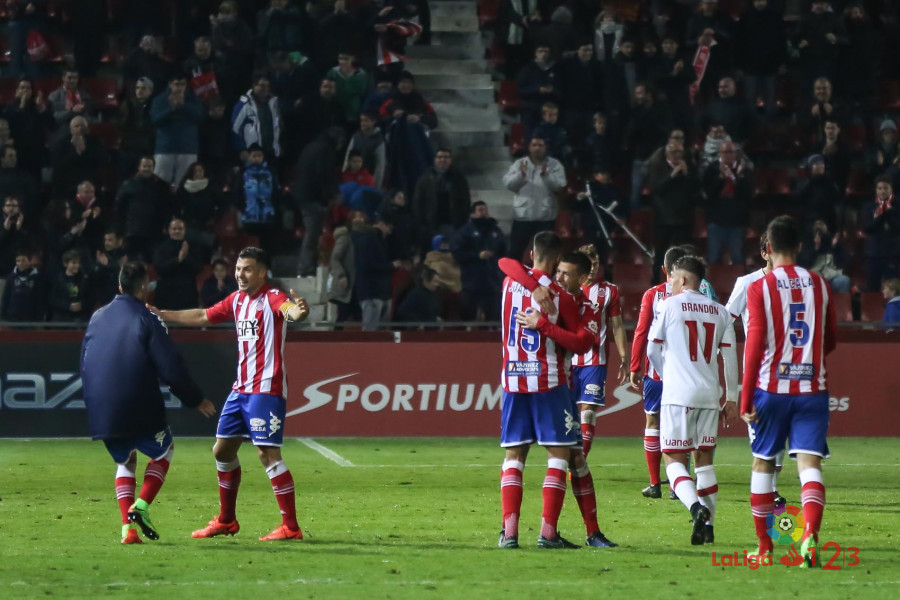 The hosts got back to winning ways at El Alcoraz after suffering three straight defeats on home turf. Goals by Alvaro Vadillo and Gonzalo Melero clinched a crucial victory that saw the club move up to tenth and reinvigorate their promotion hopes. The visitors, meanwhile, did manage to cut the arrears through a Cesar Soriano own goal, but it would prove to be too little, too late.

Two of the newly promoted LaLiga 1|2|3 sides played out an exciting 0-0 draw that contained plenty of attacking impetus from both forward lines, with the hosts, in particular, enjoying long periods of pressure. The stalemate means the Andalusian outfit remain third, while the Catalan club fell to 11th.

Mirandes left Vallecas with much more than just three points and that was after falling behind when Ernesto Galan netted against his former employers from last season. The visitors responded well and equalised through an Urko Vera strike, before Marco Sangalli grabbed the winner with just four minutes left on the clock. 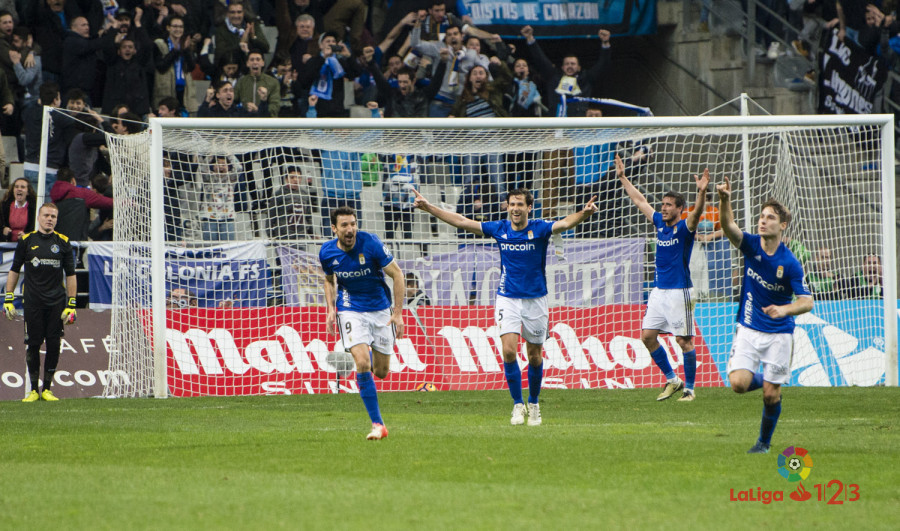 There was more drama in the closing stages in LaLiga 1|2|3 as R. Oviedo followed in Mirandes's footsteps by leaving it late to secure victory at the Carlos Tartiere against Getafe. An in-form Toche opened the scoring for the home side, but it was not long before Chuli drew the visitors level. With stoppage time fast approaching, Jon Erice conjured up a wonderful goal to earn R. Oviedo a priceless win.

The final fixture of the weekend saw Zaragoza's visit to Alcorcon provide even more late drama. Lucien Owona grabbed what looked to be the winner for the hosts with just over 10 minutes to go, but a mix-up at the back culminated in David Navarro scoring an unfortunate own goal to draw the away side level. The points were shared at Santo Domingo to round off a thrilling weekend of action in LaLiga 1l2l3.