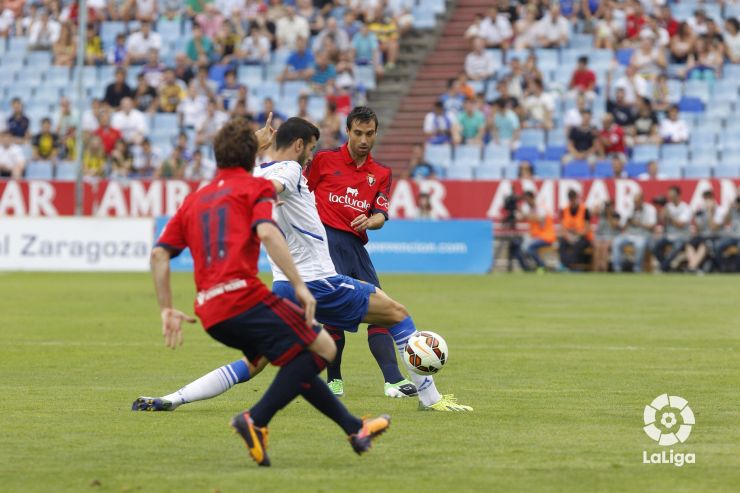 The Pamplona side drew 1-1 with Zaragoza thanks to a Miguel de las Cuevas goal right at the death.

Real Zaragoza and CA Osasuna drew 1-1 on matchday 2 of the Liga Adelante. Thanks to a Miguel de las Cuevas goal just before the final whistle, the visitors were able to salvage a point in La Romareda against an Aragonese side that took the lead in the first half through Pedro Sánchez.

It was the away team that started off the strongest and created the first real chances on goal, with Roberto Torres looking particularly active up front. However, Zaragoza began to get into the game and eventually took the reins, and were rewarded for doing so just before half time. In the 40th minute, a cross from José Manuel Fernández found Pedro who made it 1-0 with his head.

Osasuna came out looking for an equaliser after the break and, in order to do so, Jan Urban brought on Cedrick Mabwati. With the introduction of the skilful and pacey midfielder, the Pamplona side created much more chances and came close to levelling the scoreline on a number of occasions, although Zaragoza defended well throughout. However, just when it looked as though all three points would go to the home team, De las Cuevas popped up to make it 1-1 and earn a valuable point for Osasuna.