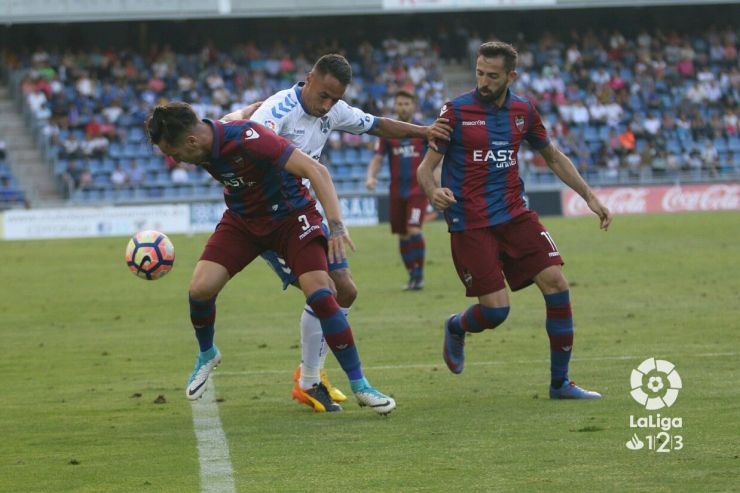 The Valencians clinched top spot courtesy of a draw with Tenerife, while Mallorca were the big winners near the bottom, claiming three massive points in the battle against the drop.

Rayo Vallecano 2-0 Nastic
Resurgent Rayo chalked up a priceless victory over fellow relegation battlers Nastic to edge themselves closer to survival. This high-stakes tussle served up a turgid opening period in which the nerves were palpable as both sides contrived to cancel each other out. Michel's men came out after the interval with renewed impetus and strikes from Manucho and Adrian Embarba sealed the spoils for the Vallecas outfit. This reverse sees Nastic remain marooned in the bottom four and led the Nou Estadi hierarchy to call time on Juan Merino's tenure. 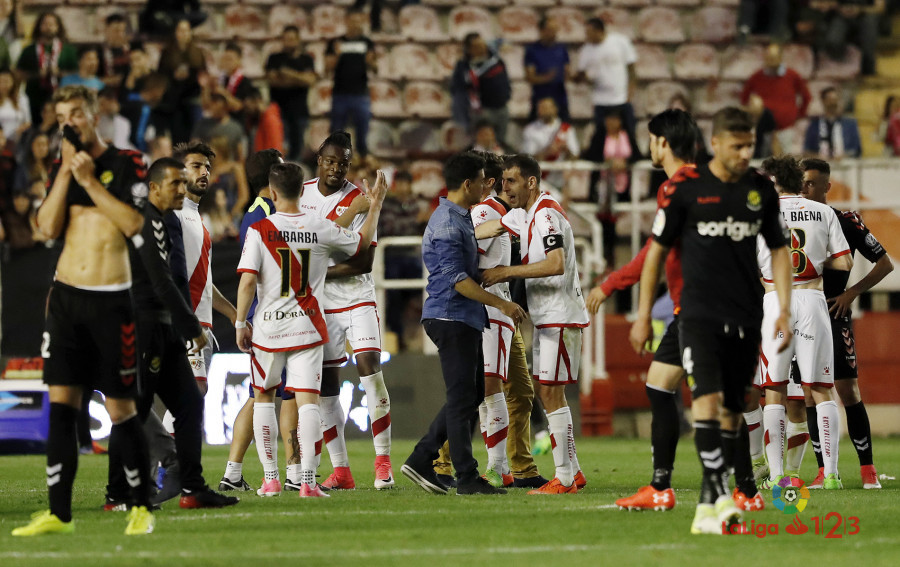 Getafe CF 2-0 Elche CF
Jose Bordalas's promotion chasers atoned for last weekend's defeat at the hands of Sevilla Atletico to see off lowly Elche and tighten their grip on third spot. Yet another inspired display from veteran striker Jorge Molina, who struck a goal in each half, was enough to condemn Vicente Parras's beleaguered charges to a sixth straight defeat and heighten their relegation fears.
RCD Mallorca 1-0 UD Almeria
The islanders injected further momentum into their last-gasp survival bid as they squeezed past relegation rivals Almeria to claim a third win in their last four outings. Sergi Barjuan's troops made a high-octane start and were duly rewarded when Brandon curled home what proved to be the winner in the 34th minute. This result moves Mallorca to within two points of safety, whilst the Andalusians remain perilously perched just above the drop zone.
CF Reus 2-1 Sevilla Atletico
Reus inched closer to mathematically assuring their LaLiga 1|2|3 status by overcoming fellow promoted side Sevilla Atletico. The Catalans forged ahead with five minutes on the clock when Fran Carbia unleashed a stunning half-volley which whistled into the top corner. However, it wasn't until the dying stages that the hosts put the result beyond the Sevillians' reach, with David Haro producing a fine finish when sent clean through. Deep into injury time, Ivi struck what proved to be nothing more than a consolation when he crashed home a free-kick from the edge of the area. 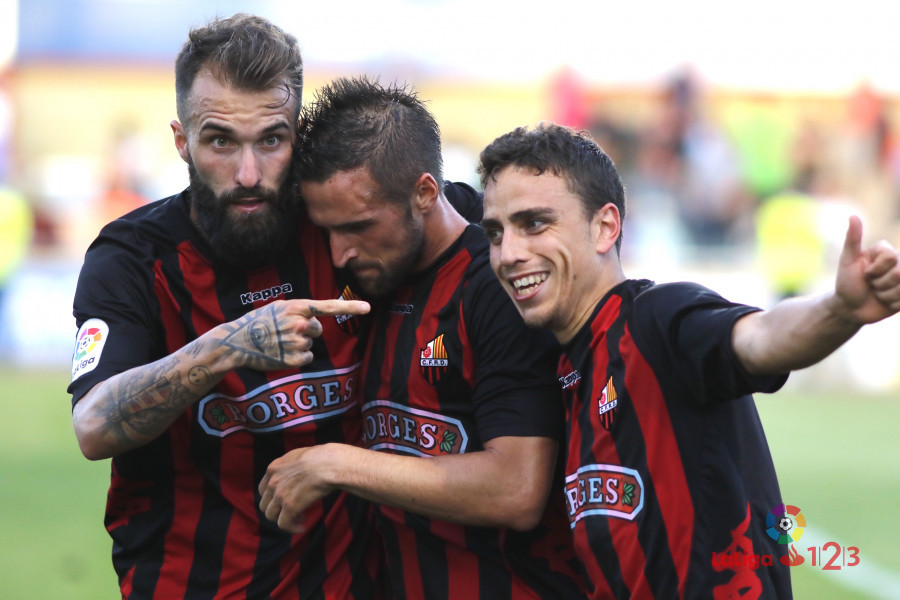 Girona FC 0-0 AD Alcorcon
The spoils were shared at Montilivi as Pablo Machin's automatic promotion contenders were frustrated by Julio Velazquez's relegation-threatened side. The Catalans bossed proceedings throughout and enjoyed the better of the chances, but an inspired display from Marko Dmitrovic in the Madrilenians' goal kept the hosts at bay, with this point serving to haul the reinvigorated visitors out of the drop zone.
CD Tenerife 0-0 Levante UD
Whilst this top-of-the-table clash failed to serve up any goals, Luis Miguel Ramis's men were left celebrating after this stalemate saw them clinch the LaLiga 1|2|3 title. Meanwhile, a second successive draw does little to boost the Canary Islanders' promotion chances as they slip further behind third-placed Getafe.
UCAM Murcia CF 3-1 SD Huesca
The Murcians took a significant step in their quest to ward off the spectre of relegation after turning in a commanding display at La Condomina to sink a Huesca side who slumped to a second reverse in their last three matches. Jona struck twice in the first half to put the home side firmly into the driving seat, and despite Vinicius Araujo pulling one back on 57', David Morillas rubber-stamped victory with a composed, slotted finish in what was virtually the last act of the game.
Cadiz CF 1-1 Cordoba CF
This absorbing all-Andalusian clash ended honours even at the Ramon de Carranza as both sides ultimately had to settle for a solitary point apiece. This draw sees Cadiz lose ground on Getafe, whilst Cordoba continue to struggle to banish their relegation fears once and for all. Ager Aketxe put Alvaro Cervera's troops into the ascendancy with a bullet free-kick in the 50th minute, only for Alejandro Alfaro to rescue a point for the visitors courtesy of a well-taken volleyed finish with a quarter of an hour remaining. 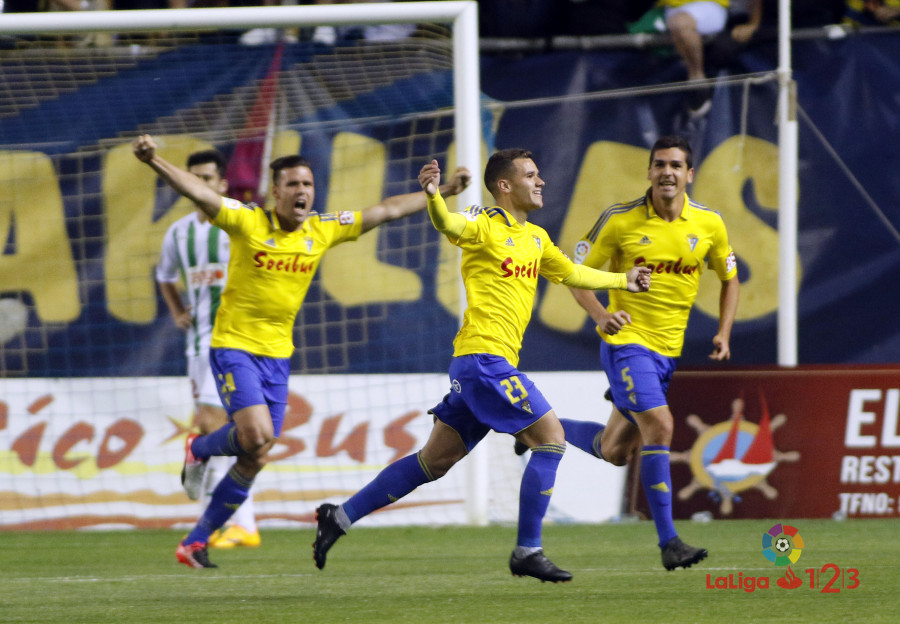 R. Oviedo 0-0 R. Zaragoza
The Asturians squandered a golden opportunity to have closed in on sixth spot in this meeting between two out-of-form sides. This result extends the hosts' winless streak to six, whilst the Aragonese outfit have now failed to taste victory since overcoming CD Mirandes in a 1-0 away success back on 23 April.
CD Mirandes 2-2 R. Valladolid CF
R. Valladolid were agonisingly close to going away from Anduva with a vital victory in the playoff race, only to be denied at the death. Paco Herrera's charges were cruising at 2-0 up after Jose Arnaiz smashed them in front a quarter of an hour in and then Raul de Tomas coolly converted a penalty. However, 10-man Mirandes were handed a lifeline with a spot-kick of their own just before the hour mark, with Iñigo Eguaras stepping up to score, before the visitors were dealt a cruel blow by Lady Luck in the last moments of the match, the hapless Luciano Balbi inadvertently deflecting the ball into his own net to make it 2-2.

CD Numancia 0-1 CD Lugo
Lugo headed to Soria with their sights set squarely on three points and they got just that. After a goalless first half, Joselu nodded home at the far post in the 61st minute to settle the contest and keep the away team's playoff hopes alive.
© LaLiga - 2017