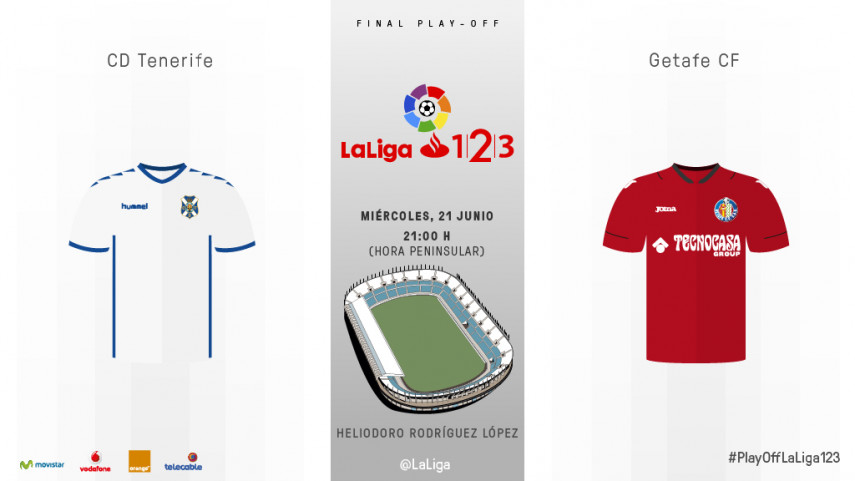 First day of reckoning for Tenerife and Getafe

After respectively overcoming Cadiz and Huesca in the playoff semi-finals, the two finalists head to the Heliodoro Rodriguez Lopez seeking to move closer to fulfilling a dream.

- The islanders are targeting returning to LaLiga Santander for the first time since 2011. Coach Pep Marti will be hoping that the adrenaline of the occasion will offset any weary legs among his side, who contest this game just 72 hours after squeaking past Cadiz CF in their playoff semi-final return match, which went to extra time.

- Tenerife have an ever so slight upper hand in their LaLiga 1|2|3 head-to-head with their final opponents, having won four of the 10 meetings between the clubs in the second tier. Getafe prevailed in three of these games and the other three finished all square.

- Los Blanquiazules have been more dominant at the Heliodoro Rodriguez Lopez, however: the five encounters there at this level have yielded three home victories, one stalemate and one away win. 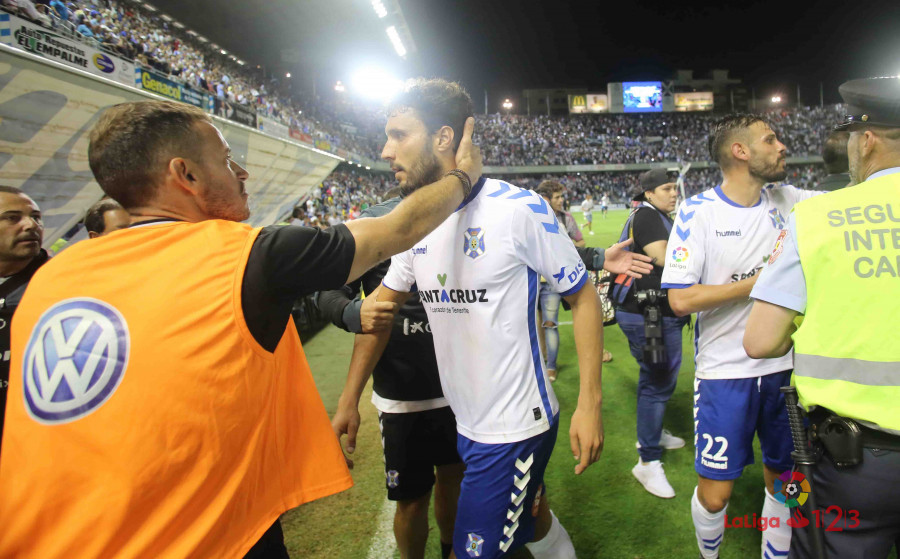 - The Madrilenians had an altogether more comfortable time of it in their semi-final tie, triumphing 5-2 on aggregate over SD Huesca. After letting slip a 2-0 lead away from home in the first leg, they bounced back to cruise to a 3-0 victory at the Coliseum Alfonso Perez, keeping themselves in the running to secure promotion back to LaLiga Santander just a year after being relegated.

- Both of this season's prior clashes between the clubs have been drawn (0-0 in Tenerife and 2-2 in Getafe). A repeat of these scorelines would see the islanders go up on away goals.

- If the sides are level on aggregate after 180 minutes, with both having bagged the same number of away goals (i.e. if both legs have the same result), then extra time will be played in Saturday night's decider. If the score then remains unchanged after the additional 30 minutes, Getafe will be promoted because they finished higher in the LaLiga 1|2|3 table. 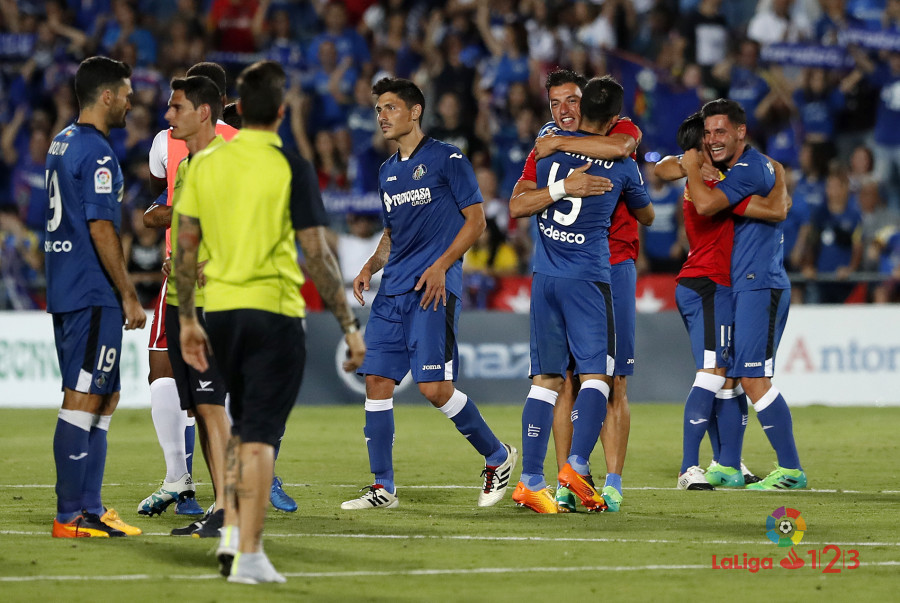 Getting to the Heliodoro Rodriguez Lopez