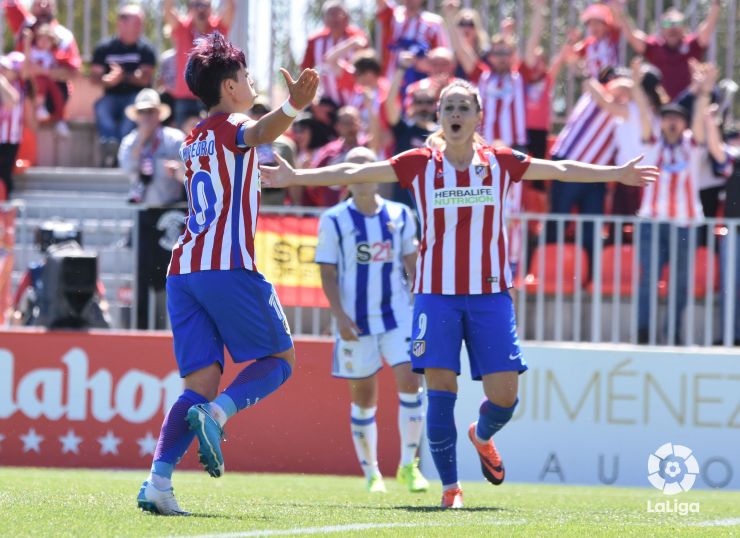 Las Rojiblancas beat Real Sociedad to wrap up the title, while the Canary Islanders and the Basque minnows bowed out with defeats on a matchday of goodbyes.

The day that Las Colchoneras had long been waiting for finally came, as they were crowned Liga Iberdrola champions for the first time in their history. Angel Villacampa's charges knew that it was in their hands and quickly set about asserting their supremacy, racing into a two-goal lead inside 11 minutes through Esther Gonzalez and Amanda Sampedro. Nahikari Garcia pulled one back with a wonderful lob on 14', but that was all she wrote, as Atletico coasted over the line to claim their 24th victory of the season – indeed, only some great saves from Maria Asuncion Quiñones prevented a much more emphatic scoreline – and end the campaign unbeaten.

.@AtletiFemenino are crowned #LigaIberdrola champions for first time in their history!

Barcelona headed to Valencia with one eye on events at the Estadio Cerro del Espino, where a draw or defeat for Las Rojiblancas would have opened the door for the Catalans to snatch the crown with a win. Xavi Llorens's side made a positive start and forged in front when Jenni Hermoso, the division's top scorer, kept her cool to slot a first-time finish into the bottom corner. However, former Atletico player Nagore Calderon equalised from close range midway through the first half and Sonia Prim completed the comeback with a header just after the hour mark to effectively end a below-par Barça's hopes of capturing a fifth title.

Survival was on the line in Seville, with the visitors conscious that a point would be enough to clinch safety. However, Milagros Martinez's troops duly found themselves trailing 2-0 within the opening 25 minutes and knowing that an Oiartzun triumph would send them down. They stepped up a gear after the interval and reduced the deficit through Alicia Muñoz, only for Bea Parra to put the result beyond any doubt with the home team's third goal on 53', ensuring that retiring Betis captain Maria Suarez enjoyed a winning end to her career. Despite the reverse, Albacete stay up thanks to Oiartzun also losing.

Joining Suarez in saying goodbye were Irune Murua, Elisabeth Ibarra and Iraia Iturregi, who are also hanging up their boots. Athletic paid tribute to the trio before kick-off and the party atmosphere continued throughout the match, a goal fest in which both sides showcased football in all its glory. Luana De Lima, Nuria Garrote and Eli del Estal (with a last-gasp leveller) were on the scoresheet for Espanyol, while Murua and Erika Vazquez (2) struck twice for the hosts. 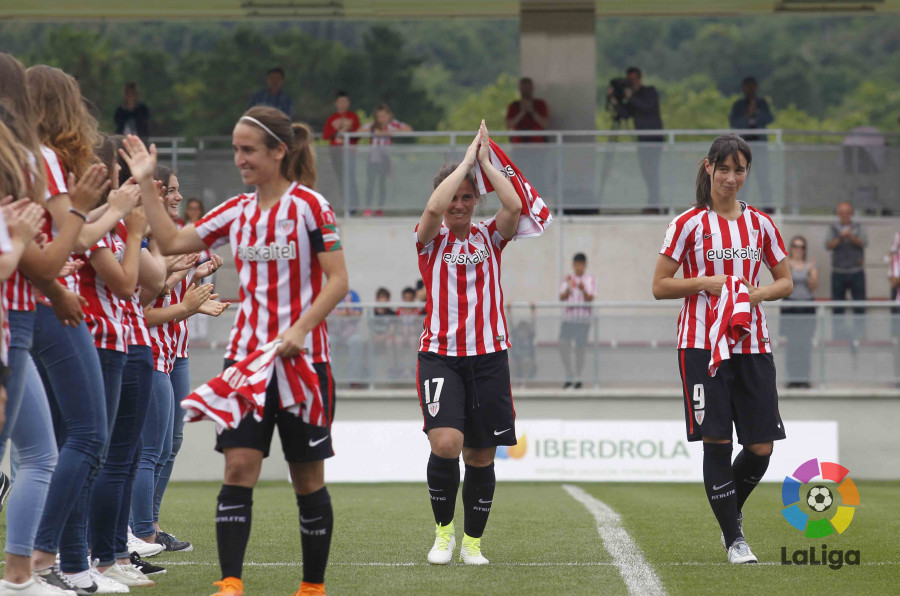 The Basques knew that they needed to win to stand any chance of staying up, while also requiring Albacete to succumb in Seville. While the latter came to pass, Oiartzun proved unable to hold up their end of the bargain, failing to get the goal that might have changed the whole complexion of the occasion and eventually going down to a 40th-minute strike from Alba Aznar and Nuria Mallada's injury-time clincher. While Gari Argote's girls bid a sad farewell to the Liga Iberdrola after a two-year stay, there was a rapturous reception for home hero Alazne Inziarte (better known as Lolo), who had previously announced her retirement.

A rampant victory over Rayo – secured courtesy of a Mari Paz Vilas brace and efforts from Paula Nicart and Debora Garcia – put a perfect seal on the most impressive league campaign in Valencia's history. It also provided a fitting Liga Iberdrola send-off for coach Cristian Toro, who will be leaving the club after the Copa de la Reina. Natalia Pablos's penalty to make it 1-1 had briefly threatened to put a dampener on proceedings, but Las Che bounced back in style to keep up their strong late-season form.

There were also celebratory scenes over at the Nuevo El Vivero, where Santa Teresa ended to their winless run to sew up ninth spot, their highest-ever top-flight finish. Silvia Doblado had silenced the crowd by firing Granadilla into the lead in the very first minute, but a Sofia Melchor double ultimately handed the hosts the spoils.

After their relegation was confirmed last matchday, Tacuense were keen to sign off with a victory to give their fans something to cheer about. They were well on course to do just that, going 2-0 up through first-half goals from Tamara Garcia and Raquel Gil. It was not to be, though, with Huelva roaring back and making sure of 10th place thanks to braces from Ana Lucia Martinez and Jennifer Benitez.