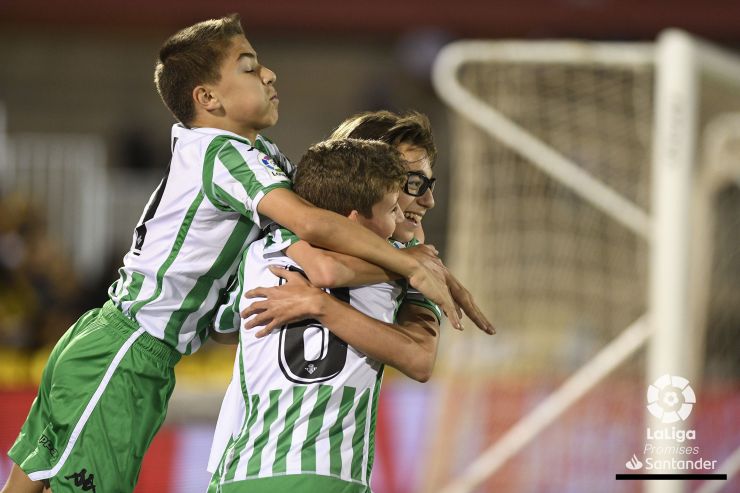 The Final 8 of LaLiga Promises Santander 2018

The group stage of the tournament has come to an end and made way for the knockout stage, which will begin Saturday morning.

Another LaLiga Promises Santander in Arona and another thrilling group stage has come and gone to pave way for an enticing knockout stage. It was an intense and surprising few days of football, during which the reigning champions, FC Barcelona, were eliminated.

Fans had to wait until the final moments to know which teams would progress. Valencia CF and FC Barcelona took part in an energetic final match in which the Ché ended up defeating the Culés 3-2 – eliminating them from a tournament of which they were reigning champions. The Valencian side will join PSG in the knockout stage, who finished second in the group.

Villarreal CF earned first place in the group after defeating SL Benfica 1-0, who could thus not qualify. The club from Castellón finished the group stage without having conceded a single goal. They will be joining FC Internazionale Milano, who drew with Atletico Madrid in a match that resulted in the Madrileño side’s exit from the tournament.

Sevilla FC qualified for the Final 8 of LaLiga Promises Santander after a string of victories in the group stage and following their 2-1 victory over Juventus. With nine points the Sevillian outfit finish first in Group C and RCD Espanyol finished second, who will also be progressing to the next round.

Real Betis and Real Madrid met in the final match of the Group Stage having both already qualified. The only thing left to decide would be who was to finish in first place and who in second. Betis took the lead early on and ended up defeating the team from Madrid 4-1.

After a day of exciting football action, the stage is set for The Final 8:

Have a look at the Match Schedules and all the results by clicking here.