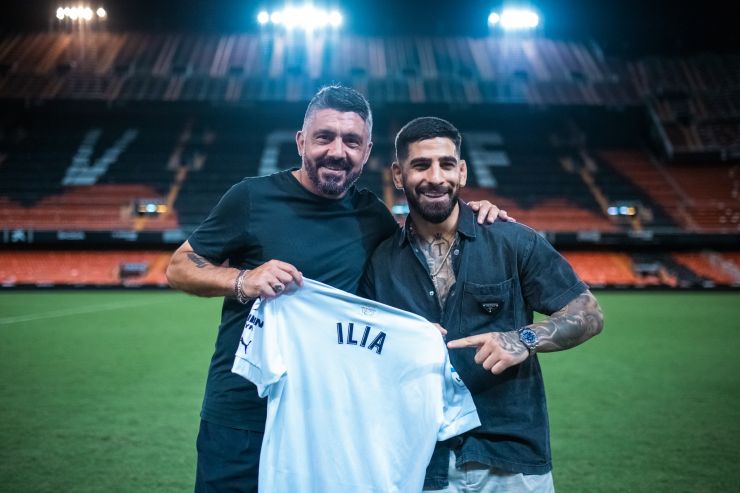 The creation of this partnership stems from a successful initial collaboration between LaLiga North America and UFC at the start of LaLiga’s 2022/23 season with UFC fighters Brandon Moreno and Ilia Topuria. The two superstars traveled to Spain where they experienced a LaLiga match, met with players from Valencia CF and Atlético de Madrid, and created content that was distributed across league, club, and player platforms.

The new partnership will continue collaborations that will feature athletes of both sports. Each year, UFC and LaLiga will organize at least three activations in Spain involving athletes and the participation of LaLiga clubs to promote LaLiga, its teams, and players among UFC fans. In return, UFC will integrate LaLiga into existing digital shows featuring LaLiga players and ambassadors such as UFC Unfiltered and Entre Asaltos podcasts, the Fuera del Octagono Facebook show, and Area de Combate on Twitter Spaces.

“Hispanics make up a significant percentage of the population in the United States and are at the heart of both LaLiga North America and the UFC’s fanbases,” said Adrian Segovia, Head of Content and Distribution of LaLiga North America. “Our focus will be finding commonalities within the LaLiga and UFC communities and providing value-add opportunities to enhance fan access and create relatable, engaging content.”

“LaLiga is one of the greatest and most popular football leagues in the world, and we’re excited to explore the opportunities to cross promote our sport to their incredible fan base,” said David Shaw, Senior Vice President, International and Content, UFC. “UFC has a significant Hispanic fan base in the United States, not to mention millions more in Spain, and this relationship is way for us to engage more with those fans while creating additional value for our broadcast partners, like ESPN+ in the U.S., by helping to drive viewership of our live events.”

Both leagues will also collaborate throughout the calendar year on campaigns such as Hispanic Heritage Month, International Fight Week, El Clásico, and UFC’s upcoming 30th anniversary, by cross promoting these moments on their respective social channels. UFC will also host LaLiga players and legends at the UFC Performance Institute in Las Vegas for training and knowledge-sharing opportunities.

LaLiga and UFC are both available exclusively on ESPN+ in the U.S.

LaLiga North America is a joint venture between LaLiga and Relevent Sports Group, which serves as the exclusive representation of LaLiga in the U.S., Canada, Mexico and Central America for all business and development activities. The operation manages the TV/media rights and commercial agreements on behalf of the league and supports its growth in the region through consumer-related activities including content development, events and activations, marketing agreements, development of youth academies and coaches, and exhibition tours.

UFC® is the world’s premier mixed martial arts organization (MMA), with more than 688 million fans and 211 million social media followers. The organization produces more than 40 live events annually in some of the most prestigious arenas around the world, while broadcasting to nearly 900 million TV households across more than 170 countries. UFC’s athlete roster features the world’s best MMA athletes representing more than 75 countries. The organization’s digital offerings include UFC FIGHT PASS®, one of the world’s leading streaming services for combat sports. UFC is owned by global entertainment, sports and content company Endeavor, and is headquartered in Las Vegas, Nevada. For more information, visit UFC.com and follow UFC at Facebook.com/UFC, Twitter, Snapchat, Instagram and TikTok: @UFC.