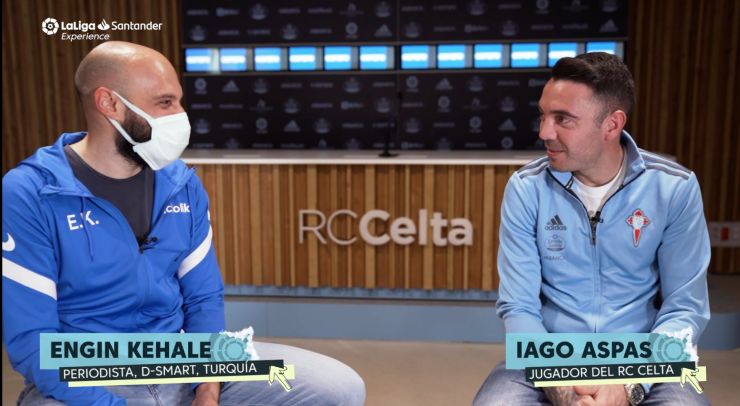 LaLiga Experience VIPs are put to the test in a series of fun challenges before taking in RC Celta vs Real Madrid.

LaLiga Experience VIPs are put to the test in a series of fun challenges before taking in RC Celta vs Real Madrid.

The lucky winners from LaLiga´s Ultimate Xpert and LaLiga´s Ultimate Challenge contest from Mexico and Turkey competed in several challenges during their LaLiga Experience. These included testing their ball skills, visual acuity, knowledge of RC Celta and Real Madrid, as well as their culinary prowess

After being presented as the new ‘managers’ of RC Celta, the guests participated in the ‘Target practice’ challenge which saw them compete to see who had the best accuracy in front of goal.

Moving on to the ABANCA Balaidos, they then took part in the ‘Line challenge’ which consisted of a quiz to see who knew the most about the two clubs they were about to watch.

Next up was ‘Where’s the ball,’ a picture game in which the three participants all finished with the same score.

The final challenge involved testing the guests’ culinary skills in the kitchen, where they were given the chance to prepare some of the most emblematic of Galician dishes.

After all of the challenges were completed and the scores totted up it was Gabriel Juarez from SKY Mexico who emerged victorious as LaLiga Experience’s ‘Top Winner’. The accolade was presented to him by Celta and LaLiga Santander legend Borja Oubiña.