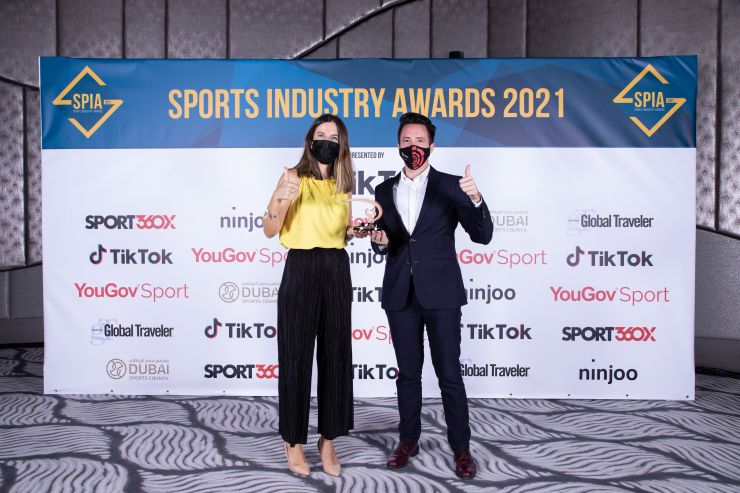 LaLiga has received the bronze award for 'Best Sports Youth Academy' at the Sport Industry Awards MENA 2021 ceremony, recognising the continued growth of its football training projects that have become a benchmark in the region.

The LaLiga Academy UAE is the only football academy to be recognised in this category by SPIA, the annual awards that identify the most outstanding sports projects across the Middle East region. Other nominees included leading clubs of European football as well as prominent local academies.

Launched in 2017, LaLiga Academy UAE has trained over 2,500 male and female footballers in its Dubai programme, which follows LaLiga’s unique playing methodology and is overseen by LaLiga UEFA-Pro certified coaches. Via the High Performance Centre (HPC) that is connected to the Academy, it has created pathways for these youngsters to enter a professional football career, with many players having earned trials at LaLiga clubs and playing contracts with local clubs in the UAE.

At the beginning of the 2020/21 season, the LaLiga Academy and HPC moved to new world-class facilities at the Dubai Sports City, allowing it to raise the bar in youth football development still further. As a reflection of its achievement, the LaLiga HPC has achieved official club status and now competes in the UAE Second Division League.

Maite Ventura, managing director for LaLiga in MENA said: "We are very happy with this recognition. Our commitment is to bring LaLiga’s football expertise to take athletes to their highest potential and build the next generation of football greats and this award drives us to follow this path."

Juan Florit, head of LaLiga football projects continued: “The training programmes we have created in Dubai are a leading of example of youth football development not just in MENA but internationally too. Following the success we have seen in MENA, LaLiga Academies have expanded to regions across Asia, the Americas and Africa.”

Daniel Barriga, LaLiga Delegate in the UAE added: "This award is the result of the day-to-day work of all our coaches, our colleagues from Sports Projects at our headquarters in Madrid and our partner Inspiratus. Behind this success is the work of many people."