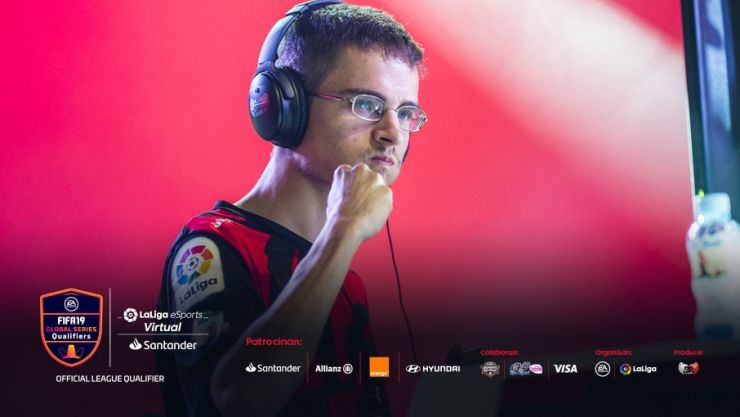 The player from Badalona defeated DanielAguilar4 by a 4-2 aggregate score-line, to secure the competition's crown.

The Virtual LaLiga eSports Santander tournament experienced yet another eye-opening round of excitement. The fifth competition's big attraction was the return of Gravesen - crowned 'King of the Hill' on two occasions - but the spotlight was on Javierpg0206. The player from Badalona caused quite a stir and, after defeating DanielAguilar4 by a 4-2 aggregate score-line, became the latest winner.

Javierpg0206's road to success was by no means straightforward. In the semi-finals he came up against Ranerista - representing Levante UD - and fought to a 6-4 aggregate victory over two encounters. Then came Gravesen - winner of the other semi-final against pampacobulnes - who was also beaten by a 6-4 aggregate score-line over a fascinating two games. In the battle for 'King of the Hill' against DanielAguilar4, Javier drew the first match 1-1 and claimed a 3-1 victory in the second.

The next tournament will kick off on 4th March and will run until 14th March. Once again, the best four players will travel to Barcelona with the aim of overthrowing Javierpg0206 and claiming the 'King of the Hill' crown for themselves.