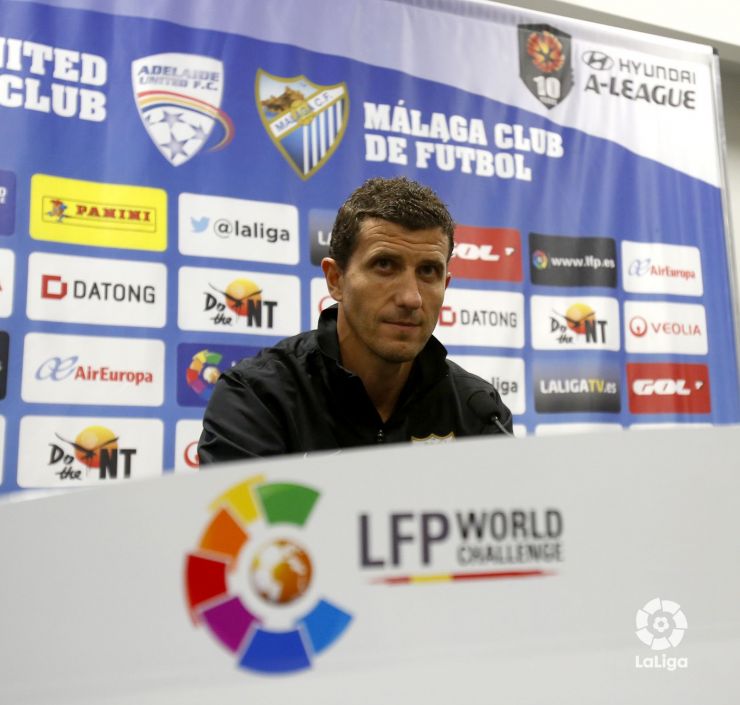 "This event is worth the effort"

Javi Gracia, Málaga CF manager, was delighted after his team thumped Adelaide United FC 1-5 in the first match of the second LFP World Challenge Tour in Australia. It was the Andalusian side’s first match this season, and the conclusions after the match could not have been more positive.

"For us, at this point, the result of these matches is secondary. We place more importance on improving, and if that is accompanied by good results, then all the better. We are happy with the match, and there were no injuries either", stated the coach from Navarre in the post-match press conference.

Despite the winning margin, Gracia does not think his team were in a different class to their opponents, quite the opposite. "I think Adelaide is a good team who are well trained and organised. Today they weren’t as clinical as they can be up front. I don’t think it was a preseason game against an easy team. I think it’s a very good team".

One of the highlights, in terms of the performance, was the presence of the Portuguese Duda at the front of the team’s midfield. Gracia has no doubt about the strengths of the left-footed player, as he told the media. "I think Duda is a player who has what it takes to play in the middle, to link up, he has a good shot and a good pass. I think his position is in front of the midfield, but if the team needs him elsewhere, he can also perform there".

Finally, Gracia said some thanks for the great atmosphere in the Oval Stadium, where 23,254 spectators enjoyed the match, which is very unusual for a football match in this part of the world. "I didn’t know how many spectators there were, but when you have made the journey we did and you see that reception, you forget everything and enjoy the event, which I sincerely believe is worth the effort".