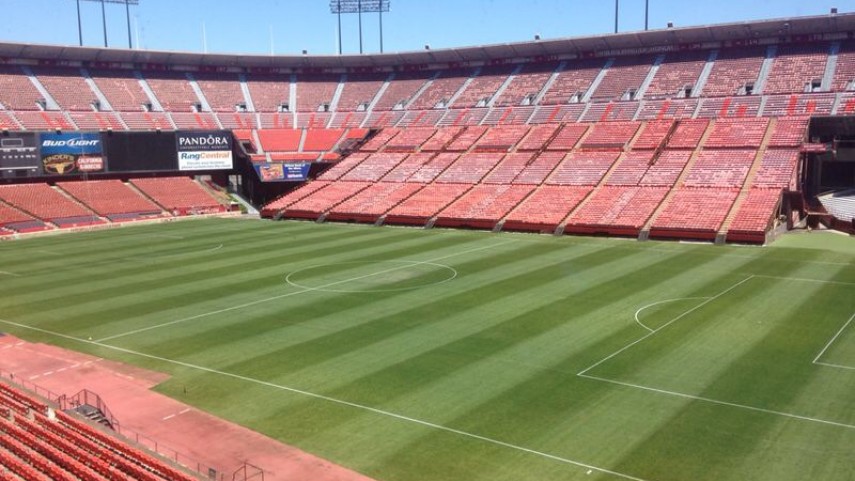 Club Atlético de Madrid will visit the US city to participate in the LFP World Challenge and promote Marca España.

On 27 July 2014 there will be a new LFP World Challenge event in San Francisco, it will be the fourth on the American continent after Colombia (Bogotá and Cali) and Peru (Lima).

Club Atlético de Madrid will be accompanied by the president of the Liga de Fútbol Profesional, Javier Tebas, and the president of the Spanish club, Enrique Cerezo, the Liga de Fútbol Profesional’s ambassador in America, Hugo Sánchez, Spain’s Financial and Commercial Councillor in Los Angeles, Jorge Sanz Oliva (ICEX), the president of Earthquakes, Dave Kaval, the Spanish women’s hockey team, the Stanford women’s hockey team and Ander Mirambell, the first Spanish sportsman to compete in the skeleton luge at the Olympic Games.

In addition, ICEX general director of internationalisation, Isaac Martín Barbero, and chefs Mat Schuster, from the Canela restaurant and Daniel Olivela from B44, will also be present.
LFP World Challenge Mexico forms part of the programme that has been jointly created by ICEX España Exportation and Investments and the Liga de Fútbol Profesional, and whose objective is to support the internationalisation of Marca España, combining commercial and gastronomic activities with a sporting event.

On 27 July, as part of this collaboration, the Spain Experience in San Francisco will take place. The event is a commercial melting pot of sectors with important business opportunities for Spanish companies on the US market identified by ICEX. This commercial event will be held in the Regency Ballroom, an area that will be divided into various zones for the companies, as well as providing samples of Spanish gastronomy and wine tasting.

During the event there will be various initiatives such as a seminar run by architects and people related to the sustainable architecture of sporting spaces given by the architect Marcos Fenwick.
ICEX and Fundación SGAE will present a collection of some of the best short films made recently. They are an example of the importance of shorts as a self-sufficient creative space: classic fiction, experimental pilots, documentaries, etc.

There will also be an area set up to represent Spanish education, where there are currently agreements with educational institutions and universities in California for the promotion of studies in Spain. In addition, there will be a culinary corner, where a live cooking show will take place to show the public how to cook some Spanish dishes and wine tasting.

During both the permanent commercial exposition, and during the cooking show, promotion videos of Spanish gastronomy and technology, as well as a video on the LFP World Challenge Programme will be shown.

All those who attend LFP Spain Experience will receive a free ticket to the football match that takes place at 17:00 (local time) between Spanish team San Jose Earthquake and Club Atlético de Madrid at Candlestick Park.