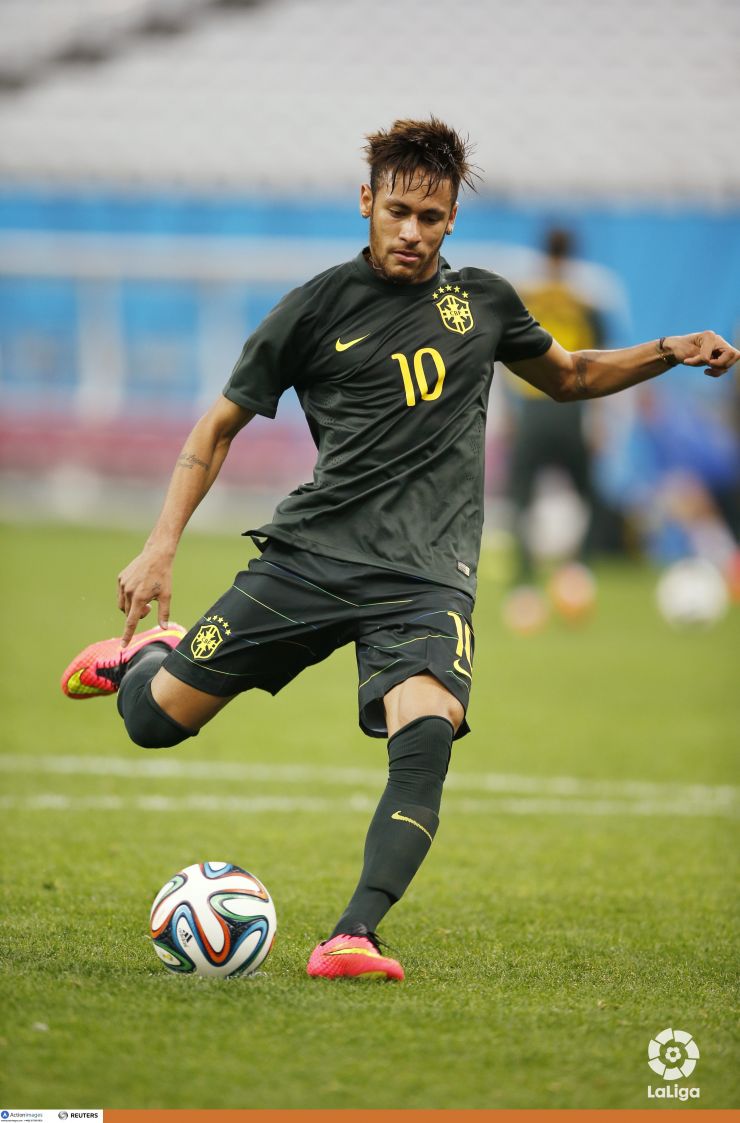 The LFP fills its boots in Brazil

Real Madrid player Benzema has had a hand in six of his team’s eight goals in Brazil. The striker of Algerian origin scored two goals in his country's first match against Honduras and set up the third. At 26-years of age, Benzema has allowed French fans to forget about the absence of Franck Ribéry with his goals and assists. Karim was at it again against Switzerland (5-2), when he missed a penalty, but soon redeemed himself by making it 4-0. He also played a part in three other goals in the game.

The World Cup in Brazil got off to the worst start possible for the host nation, with an own goal. However, 18 minutes later, Neymar became a national hero. A left-footer and, later, a penalty put Brazil on track for their first victory. In the match against Mexico (0-0), Neymar failed to excel as he had done on other occasions, but the FC Barcelona player provided one of the images of the World Cup so far as tears came to his eyes upon hearing his national anthem sung by the fans.

Giovani dos Santos has already tasted victory with Mexico. In the last Olympic Games he won a gold medal with his country. The Villarreal CF player scored three goals in five games in London. In addition, the World Cup in Brazil is not the first for the attacking midfielder from Monterrey. In South Africa 2010 he played four matches, until Mexico were knocked out by Argentina. At this World Cup, he is yet to score but he has come very close, above all in the match against Cameroon.

The three players top the ranking of the best Liga BBVA and Adelante players in Brazil and form the front line in the ‘LFP All-star' team.