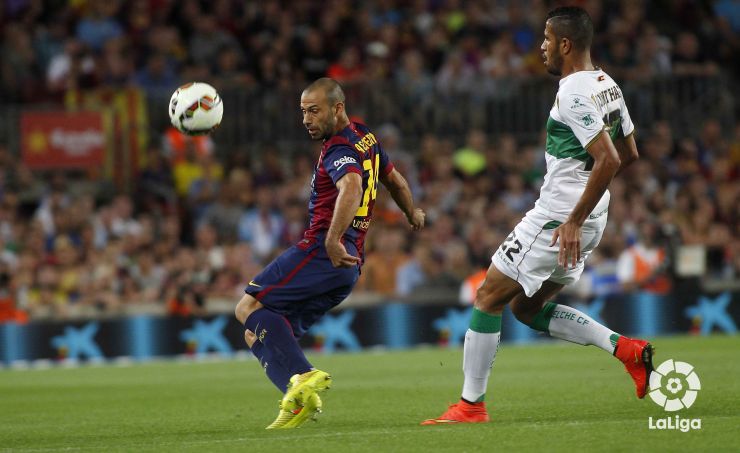 The Espanyol striker and Barcelona player have extended their contracts with their respective clubs until 2018.

The future of two of the Liga BBVA’s star players has been confirmed through contract renewals completed by RCD Espanyol and FC Barcelona on Tuesday morning. Sergio García and Javier Mascherano, who both arrived in the 2010/11 season, will continue to enjoy the best league in the world until 2018, having extended their contracts.

The Pericos forward will play his eighth season at the Cornellà side, where he has scored 28 goals in the Liga BBVA so far. This season he has already scored a goal in Espanyol's first game against UD Almería.

Last season, Sergio García had the best record of his sporting career with twelve goals in the national championship. Now he has been rewarded with a new contract and the striker expressed his satisfaction at the renewal. "'m happy with my new contract. I know that the club has made an effort and I appreciate it", he said in the press conference.

If there is one 'all-terrain' player for the Azulgranas, it is Javier Mascherano, a midfielder-turned-central defender who has earned the admiration of the Camp Nou after four seasons with Barcelona.

"I'm very happy to remain at this great club and share a dressing room with great players. The desire for this season is for things to go very well", said the Argentine after his new contract was signed. This season, Mascherano aspires to be an indispensible player for Luis Enrique, as he was for Pep Guardiola, with whom he joined the club in 2010, and for Gerardo Martino.