Los Blancos ran out 5-3 winners over Sevilla in the final of the prestigious Under-12 international competition in Abu Dhabi.

The 24th LaLiga Promises International Tournament saw Real Madrid successfully defend their title. The Madrilenians lifted the trophy after prevailing over Sevilla FC in an enthralling final that served up eight goals and some memorable performances.

It took the Sevillians all of three minutes to get their noses in front as Juan Manuel Ballesteros broke down the right and his pinpoint cut-back picked out Dani Herrera, who was left with the simplest of tasks of turning the ball home from point-blank range. Los Merengues probed hard in search of an equaliser, with Paulo Iago very much at the heart of things, but Sevilla it was who doubled their lead when Herrera grabbed his second of the game following a corner. Real Madrid kept their hopes alive by cutting the arrears right on the stroke of half-time courtesy of a Jose Reyes effort.

The second period left off where the first ended, with Reyes earning a penalty that he himself converted to level matters. Shortly afterwards, Los Blancos completed the comeback with a further two Reyes goals, one a sublime direct free-kick and the other, a fine right-footed strike. Although Emilio Aviles fired home to give Sevilla a glimmer of hope, Jaime Pascual netted a fifth to clinch glory for Real Madrid.

The first of the two semi-finals proved to be a rip-roaring affair that certainly wasn't short on goalmouth action. The Andalusians ultimately came out on top, courtesy of Manual Maza's early goal that saw him evade the attentions of several defenders before rifling the ball home to round off a sublime solo run.

The Madridistas raced into a 2-0 lead with barely five minutes on the clock following two belting left-footed finishes from Jose Reyes and Paulo. Villarreal got themselves back into the game through a Hugo Lopez effort that set things up nicely for a thrilling second half. After the restart, Reyes found the top corner with a powerful strike to put Madrid in the driving seat, before the Castellon outfit's Pablo Reyes made it 3-2. No further goals were forthcoming as Madrid progressed to the showpiece. 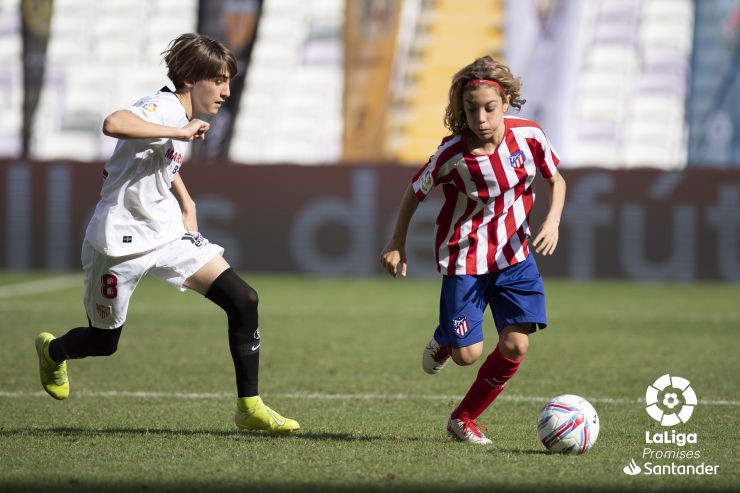