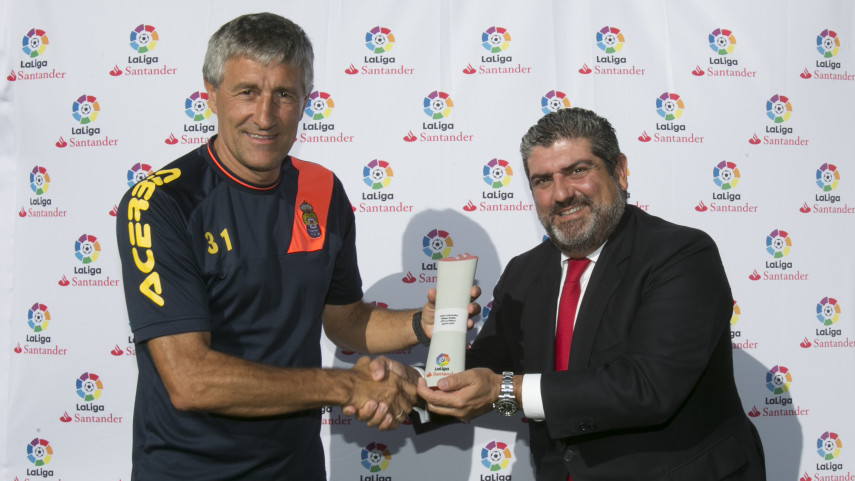 Quique Setien, LaLiga Santander's Coach of the Month for August

The UD Las Palmas boss picked up the award in recognition for his work in charge of the Canary Islanders, who sit top of the table after two impressive wins in their opening two games of the new campaign.

Quique Setien has been named LaLiga Santander's Coach of the Month for August on the back of Las Palmas' results in their first two league games of the season, which saw the Canary Islanders move top of the table. This accolade – which is awarded by Santander, the competition's main sponsor, and voted for by the LaLiga.es writers – was presented by Luis Rodriguez de la Fuente, the bank's regional director for Canarias.

Las Palmas' impressive wins over Valencia CF (4-2) and Granada CF (5-1) in their opening two LaLiga Santander games of the season reflect the continued good football and hard work brought by the coach in recent months. Setien arrived in October and has since stamped his mark on the players and coached his team to the top of the table.