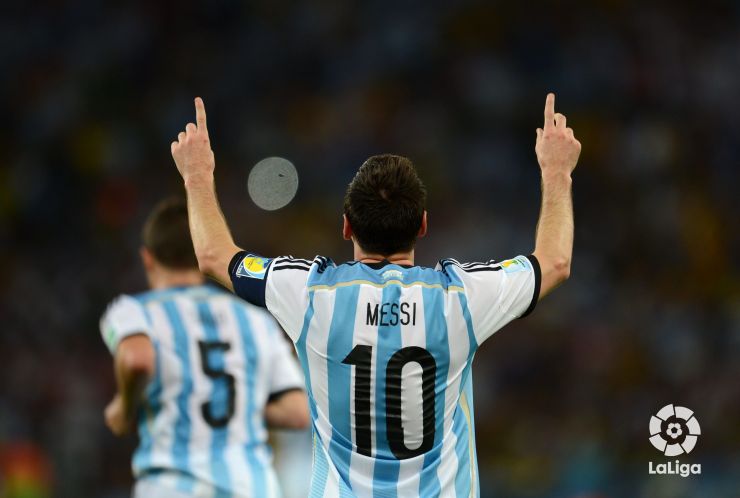 Netherlands-Argentina, a historic clash on the road to the Maracaná

In what will be a repeat of the 1978 final, the two national teams will fight it out for a place in this year’s final.

Matches between the Netherlands and Argentina are replete with FIFA World Cup history and ring long in the memory of football fans. These two teams have met on four occasions in the World Cup. The Netherlands have won two of these previous clashes while Argentina have only beaten their European counterparts once, a victory which earned the South Americans their first ever World Cup title. The last meeting between the sides was in 2006 when the match ended scoreless and both teams progressed to the second round.

Johan Cruyff, Mario Alberto Kempes and Dennis Bergkamp are three footballing legends who have starred in clashes between 'the Clockwork Orange' and Argentine national team. Now, Lionel Messi and Arjen Robben have stepped up as the main candidates to join these iconic figures thanks to their goal scoring ability and fantastic performances.

The FC Barcelona player was three-years-old when Argentina last reached the semi-finals of the competition. That was during Italia 90’ when the South American team, led by Diego Armando Maradona, made it to the final only to lose to Germany.

24 years down the line and now another number 10 wants to stir Argentina to the World Cup final. Messi, who has scored four times in five games, is paving the way for his team, but not just in terms of goals. In the match against Belgium he was a different player, sacrificing his magic to take on a more defensive role, recovering possession and putting the Belgians under pressure.

The Liga BBVA will also be represented by another Barcelona player, Javier Mascherano. El Jefecito (The little chief) is an essential component of Alejandro Sabella’s side, having played every minute during the tournament so far and completing the second highest number of passes in the competition (just behind Toni Kroos), with 465 successful passes and 37 recovered balls to his name. But Mascherano is not happy to just be part of the four best teams on the planet. After the game against Belgium he said "we are one match away from playing in the World Cup final, we haven’t made history yet". Sabella will be without Ángel Di Maria for the semi-final, as the Real Madrid CF midfielder had to come off injured against Belgium.

The Netherlands is the only semi-finalist that has never won the World Cup and will be hoping to reach its second consecutive final. Louis van Gaal’s national team comes into this game during a great streak of form with Arjen Robben standing out in particular. The Dutchman has said he is really enjoying the World Cup and the proof in the pudding is his three goals.

The figures racked up by Messi and Robben are very similar, both men have set up a goal each and have had 17 shots so far. They will both be hoping to take their teams to the Maracaná, one so that his country can win its first ever World Cup title, the other so he can take his place beside Maradona in terms Argentine footballing history.