Mikel Oyarzabal produced some stratospheric performance levels in the 2020/21 season. His passion, audacity, style of play and goalscoring instincts make him one of the best strikers in LaLiga Santander. Read on!

Mikel Oyarzabal was one of the big stars of last season for Imanol Alguacil's Real Sociedad. After making his way up the ranks at Zubieta and steeping himself in the San Sebastian club's philosophy, he now heads into what will be his seventh season in the Txuri-Urdin shirt in LaLiga Santander, having made his debut in the 2015/16 campaign. The 25th October 2015 is a day the Eibar-born frontman will never forget: the first time he pulled on the Real Sociedad shirt in the top flight in the game played at the Ciutat de Valencia against Levante UD. The visitors went home that day with a 4-0 victory.

Since then, he has carried on doing what he does best: enjoying himself on the pitch and lifting the Basque side’s fans out of their seats with each of his magnificent assists and goals. The first of the 54 goals which he has netted in LaLiga Santander came on 8 February 2016 on RCD Espanyol's turf, which ended in a 5-0 win for his side. A week later, he netted a brace against Granada CF at the Reale Anoeta, which he celebrated in front of an ecstatic home crowd.

At the age of just 24, the young striker has established himself as both the impeller and guide vane of the Donosti outfit in attack, contributing 11 goals and eight assists to the total of 59 goals which the Basque side scored during the 2020/21 LaLiga Santander season. His performances on the pitch also helped his side secure a fifth-placed finish with 62 points. 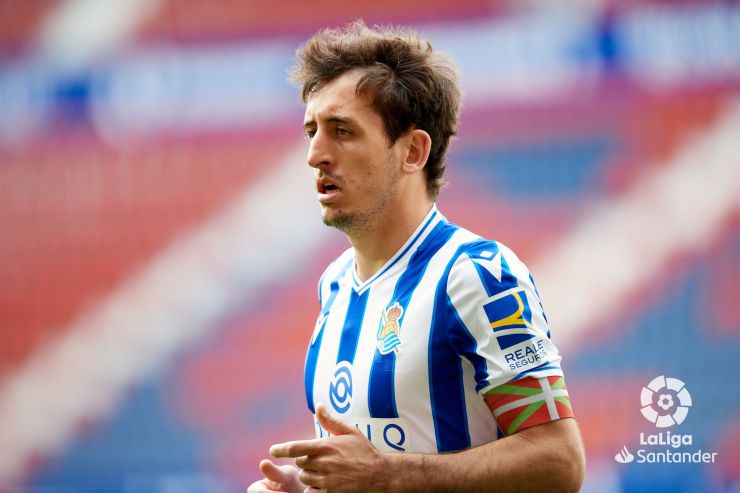 His goalscoring instincts, constant forays into the opposition box and more than 40 shots on goal have made him one of the first names on the gaffer's team sheet every matchday, making 33 appearances and completing almost 2,500 minutes on the pitch. We have witnessed him coolly fire home from the penalty spot, score braces in other games, while yet in others, rifle thunderbolts into the top corner that have put the integrity of the net to the test.

He stands out as a leader on the pitch, and his determination has seen him don the captain's armband. He is the first to join in the offensive, but also works hard to win the ball back and cut out opposition attacks. He has won 111 duels, regained possession for his team on 127 occasions, and is an expert distributer of the ball, successfully completing 602 passes in open play.

After a brilliant season in LaLiga Santander proving his extremely high level and excellent form, he starred in the European Championships held during the summer recess and got on the scoresheet for the Spain side at the Olympic Games in Tokyo, his goal proving vital in sending the team into the quarterfinals of the competition.

We will be keeping a keen eye on the performances of one of LaLiga Santander’s top strikers next season, which is almost upon us!