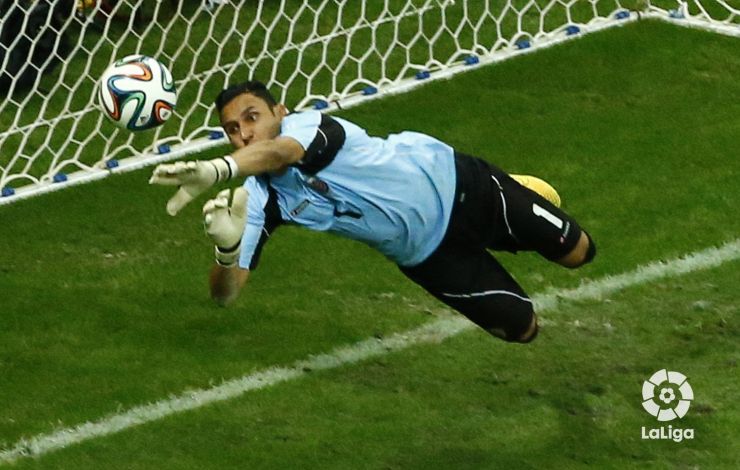 LFP.es has analysed the scores for Liga BBVA and Liga Adelante players at the World Cup from several Spanish and international sports publications.

The 2014 World Cup came to a close on Sunday 13 July in the legendary Maracanã stadium. The German side won the competition for the fourth time in its history with a 1-0 victory over Argentina in a match that was decided in extra time with a goal from midfielder Mario Götze.

The tournament has left another champion in its wake; the winner of the LFP Ranking of the best Liga BBVA and Adelante players in the competition. After 64 matches, Levante UD and Costa Rica keeper Keylor Navas has topped the list with an average of 8.1 points.

The Central American keeper was one of the stars of the World Cup, where he produced countless extraordinary saves and took his country to the quarter-finals for the first time.

The podium is completed by two FC Barcelona players who reached the final with Argentina. Javier Mascherano and Lionel Messi both averaged 7.6.

The former's hard work in midfield was key to his team's first final for 24 years. The Argentine number 10, for his part, was awarded the golden ball and scored a total of four goals at the tournament.

The LFP Dream Team, which only includes players who took part in the knockout stages, remains the same. Keylor Navas has kept his place in goal, while the defensive trio are Marcelo, Raphaël Varane and Toby Alderweireld. The midfield is made up of Carlos Sánchez, Javier Mascherano, Ángel Di María and Sami Khedira and the strikeforce is formed by Neymar, Benzema and Messi to complete the Dream Team.