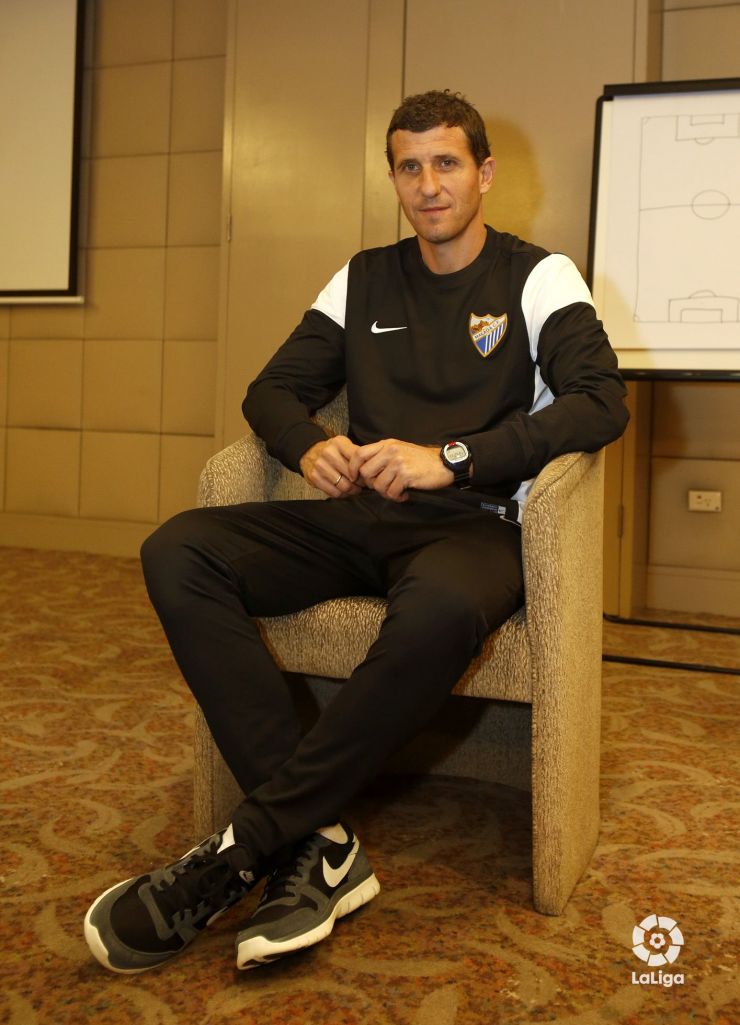 The Malaga manager spoke exclusively to La Liga TV and gave a very positive assessment of the Andalusian club’s experience on this LFP World Challenge Tour on Australian soil.

After beating Adelaide United FC 1-5 in the first game of the LFP World Challenge Tour in Australia, Malaga CF are now focussing on Sunday’s clash with Perth Glory FC. But first, their boss, Javi Gracia, spoke exclusively to La Liga TV to assess the pre-season.

Despite the good result in Adelaide, the Navarrese manager knows how important it is now to prepare well for the beginning of the Liga. “We’re excited, at a time of the season when the most important thing is to start preparing and gradually build. You have to go into the important part of the season, the first Liga match, in the best condition. We’re trying to grow bit by bit”.

The former player for Real Sociedad de Fútbol and Villarreal CF, among others, underlined the quality of his squad. “I’ve found myself with a team that has a good base, with quality players with huge commitment to the club they represent”, said the manager.

He also stressed that results are what counts, but without forgetting to produce attractive attacking football. “Like all managers, I want the team to win, because results are what will allow us to keep doing our job. But we have to win in a way that our supporters like, so that they identify with what they see and feel proud of their team. With that, I’d be happy”.

Gracia was also full of praise for the LFP World Challenge, which has taken him and his Spanish club to the Antipodes. “It’s a positive experience, which I think enriches everyone: club, players and coaches. It allows us to experience different situations together. The long journey is rewarded by these experiences, and I hope in the end it will all be positive”.

He also took the opportunity to express his gratitude for the welcome the Andalusian club received down under. “We have received a very warm welcome; I’m very happy with how we’ve been received. It’s clear that Spanish football is going well and in the end this translates into recognition and admiration overseas”, concluded the 44-year-old manager.