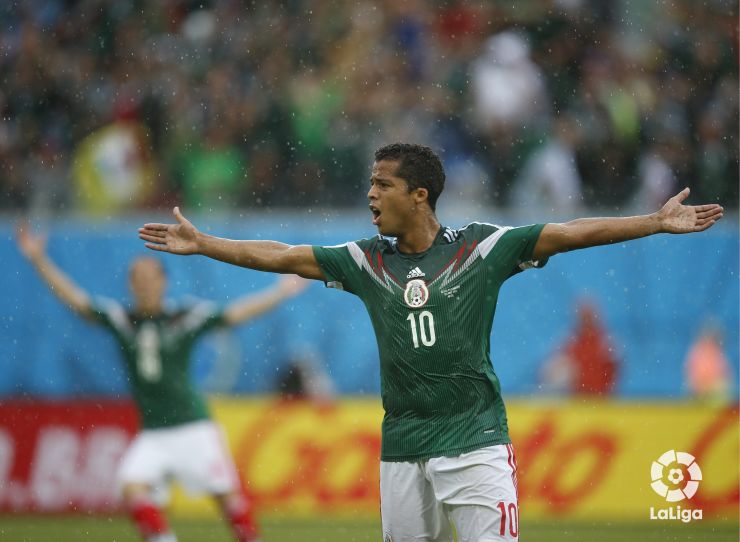 After the first round of World Cup games, LFP.es has toted up the scores of various Spanish and international sports newspapers to analyse the performances of the Liga BBVA and Liga Adelante players in action in the Brazilian tournament.

With the first round of games at the 2014 FIFA World Cup now behind us, LFP.es has toted up the performance evaluations according to the most prestigious Spanish and international sports newspapers to determine a ranking system for the Liga BBVA and Liga Adelante players in action in Brazil.

The first round of games has thrown up some surprise results, like Spain's resounding defeat and Costa Rica's shock win against Uruguay. Germany thrashed Portugal and Brazil were made to work harder than expected to get past Croatia in the tournament's opening match.

All of that is reflected in the points scoring system, in which forwards occupy the top three places. Gio dos Santos was the heartbeat of the Mexican side that beat Cameroon and leads the ranking with an average rating of 9.18 (out of ten), although close behind him are Real Madrid CF's Karim Benzema and FC Barcelona's Neymar. The inclusion of two Liga BBVA goalkeepers - Keylor Navas and Claudio Bravo - among the top ten places is also noteworthy, with both men playing pivotal roles in Costa Rica and Chile's victories.

The putting together of the 'LFP Dream 11' is also based on the average scores from the various sports publications and obviously takes the players’ positions into account as well. As a result we have compiled a LFP ideal starting XI for the first round of World Cup games.

Between the sticks is the aforementioned Keylor Navas, and helping to defend his area are Héctor Moreno, Raphaël Varane and Club Atlético de Madrid's Belgian centre back Toby Alderweireld. The middle of the park has a distinct Croatian feel with the inclusions of both Ivan Rakitić and Luka Modrić, while the rest of midfield is made up of Sofiane Feghouli and Sami Khedira. The attacking trio consists of the three names that sit atop the LFP World Cup Ranking: Gio, Benzema and Neymar.