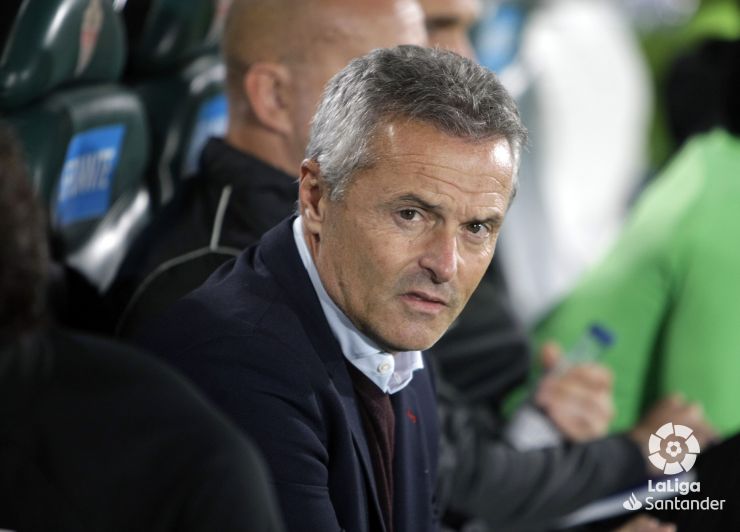 The decision was made after Sunday's 3-0 loss at the hands of Real Betis.

Fran Escriba is no longer the manager of Elche CF, the club confirmed in a statement on their official website on Sunday evening. The 56 year-old leaves after 9 months in charge, during which he helped seal the Ilicitanos LaLiga Santander survival at the back end of last season.

The club thanked Escriba for "his hard work and dedication during his second spell in charge", highlighting his importance in their history and wishing him the best of luck for the future. His successor is yet to be named still.