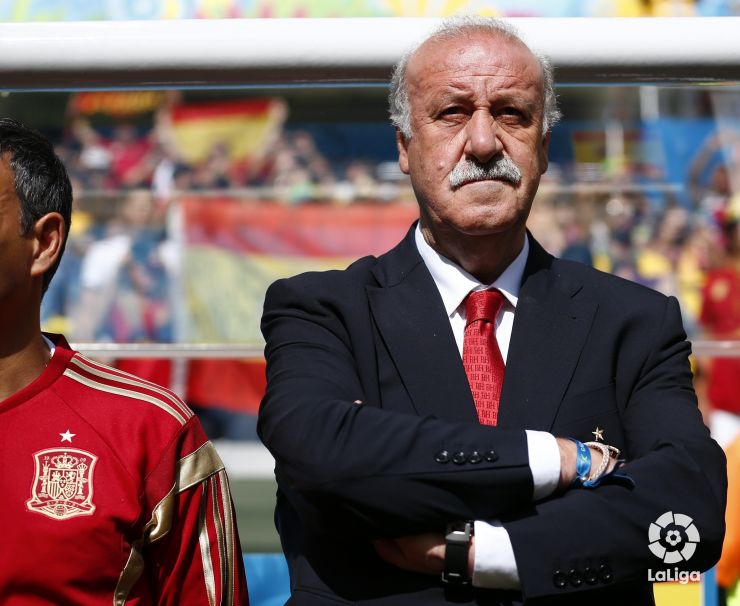 Del Bosque: "The future is bright"

The manager of the Spanish national side evaluated the team’s World Cup performance after beating Australia 0-3 in their last game.

The Spanish national team ended their run in the 2014 FIFA World Cup with a 0-3 win over Australia. After bowing out of the Brazilian competition with a victory, the members of the Spanish set up evaluated their participation in the tournament and spoke glowingly about the future.

"We have finished off in a dignified manner, the players gave it their all", is how Vicente del Bosque rated Spain’s final performance in the competition. The national team manager also made it clear that "the future is bright", referring to the young players looking to break into the national squad.

Spain’s all time top goalscorer, David Villa, spoke in the pressroom after being named the man of the match. "Playing for the national team has always been great. After the first two games in which the other sides were better, we had to bow out by showing what we are capable of. And that’s what we did", declared 'El Guaje'. The former Club Atlético de Madrid striker also spoke about his goalscoring record for the Spanish national team (59): "It would bring me an enormous sense of pride if someone overtook me because I will always be part of the national side’s history".

Juan Mata, who came on for Villa against the Socceroos, also spoke to the press and stated that Spain’s early exit was down to "footballing reasons". The former Valencia CF midfielder talked about the feeling within the current champions’ dressing room: "We are not going home happy, we are heading back earlier than we had expected".